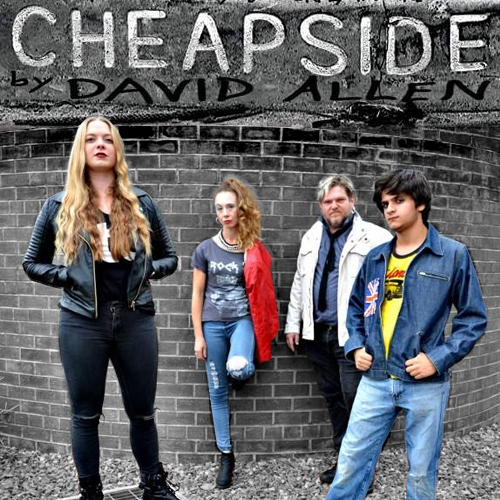 There’s savagery and there’s savage reality in the business of art and money making in London, circa 1980s; Thatcher’s bloody Britain and all that. Novelist/spy Graham Greene (Brant Eustice) is grappling with debt, a baby, avoiding spy life and too much booze all in a desperate attempt to survive. So deep in he goes, he conjures the likes of Christopher Marlow and William Shakespeare (both by Leah Lowe) for help.

Greene’s profoundly difficult, ugly conundrum of a spy/artist life is at the very heart of Allen’s script. How does surviving a dangerous past and future pan out with the devil, in so many forms, after your neck?

Director Brant Eustice’s production is savagery dressed in rich, deprecating humour and engaging liveliness which never lets up. The balance of literary in-jokes for the Shakespeare scholar and the mix of danger in the 1980s and 1600s worlds is simply but effectively executed. The cast is totally in command of their roles and has an absolute ball on stage playing with the material. Leah Lowe’s dark and deadly Marlow is as tantalising as is her delightfully wimpy Shakespeare stuck on his Italian play in service to Greene. Jay Somers’ Cutting Ball is a stand out performance in the style of a mischievous Shakespearean Puck-like character in which all the deadliness of Allen’s script is tautly contained and released ever so carefully.

In a trio of roles, Cheryl Douglas offers wonderful supporting balance to the production, and an especially wicked, knife ready companion to Marlow as Mary Firth.

Here’s first class pub theatre you can depend on for the good stuff.