That’s a Fact That’s Not Fun 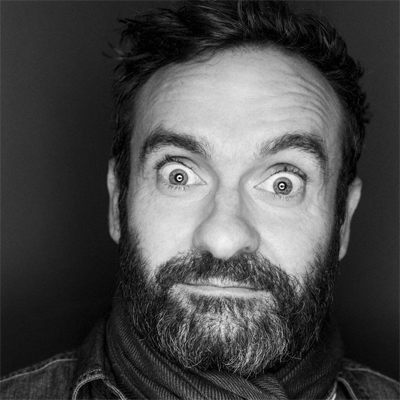 Thus spake Gordon Southern to his audience of young and old, his first audience at Holden Street which happened to include a goodly class of students.

He acknowledged several times that some of the history references he was about to make in his comic monologue were before they were born as if it was not expected that the young should have to know about such old things. This was the nearest Southern came to making a mistake in his show. Except, perhaps, for not explaining what exactly the Millennial Bug was and why.

The high-energy chronology begins at 1989 with the symbolism and optimism of the downing of the Berlin Wall and contrastingly in the same year, the Tiananmen Square Massacre otherwise known as the "Tiananmen Square incident.”

He races on through the end of Apartheid, the invention of the WWW, Waco, the Brixton Riots… Darting about the stage, occasionally pausing at the lectern to look at his notes or having a gulp of water, he machine guns facts and commentaries, throws editorial asides and meaningful glances.

Somehow, he gives his often terrible narratives in an almost cartoonish quality. Trump cops servings from several directions, ever the fascination with his little hands.

Oh, he has a very good Trump “fake” line which must be heard from the comic’s mouth. Not from a review. Among the flying facts is the beginning of Fox News in 1994. Fox gets a good going-over.

Why he lumps Hillary Clinton in with Harvey Weinstein and Bill Cosby is a bit mystifying.

Brexit and Trump and much more.

If he could go back and change anything, it would be to make sure his friends voted.

To top of the brilliance of the show, the man delivers a 30-second history of US wars a la Gilbert & Sullivan.

Yep. The facts are dark. But, dammit, the show is fun.