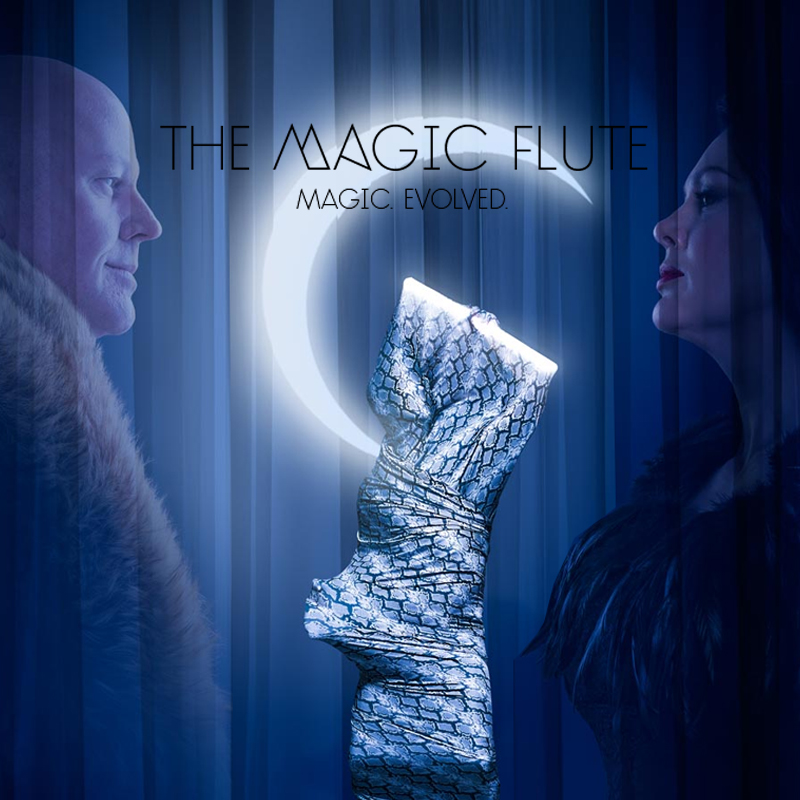 Die Zauberflötte (The Magic Flute) is one of Mozart’s most loved and accessible operas.

Its story line can be considered at a range of levels and, at its most basic level, is about the emotional journey of young lovers finding each other and wanting different things from relationships.

In that sense it’s an eternal story, but there is also a deeper level.

It is also about the journey of humankind progressing from original sin through to enlightenment grounded in humanism that transcends religious fantasy.

The opera is also imbued with the mystical traditions of Freemasonry – both Mozart and librettist Schikaneder were Freemasons – and so it is apt that State Opera should mount this production in the Freemason’s Great Hall on North Terrace.

However, the Freemasonry symbolism is obscure except to the cognoscenti, and Director David Lampard’s design doesn’t really make it any clearer.

His design concept, which is explained in detail in his programme notes, is an interesting addition to the canon of the re-imaginings of traditional opera, but without his notes it is not really obvious what he is trying to achieve, and therefore it fails. A large proportion of the audience are left wondering why some things in the design are the way they are.

That criticism aside, the production is colorful, the music is… well it’s Mozart so nothing more needs to be said, and the orchestral ensemble under the direction of Luke Dollman is terrific. The English translations of the dialogue (by Lampard) and the lyrics (by Timothy Sexton) ‘work’ well and are entertaining, and the singing for the main part is quality with some real standouts.

The opera has fourteen different scenes in multiple diverse settings, which presents a substantial challenge for any designer. Lampard’s split-level set design comprises a number of structural elements that are frequently dragged or trucked around the stage, but they are over-used and eventually their use becomes monotonous, clumsy, distracting and generally slows the pace of the production.

Some of the structures are imposing and make effective conduits for the Masonic symbolism; strongly illuminated in stunning fluoro-colours.

Daniel Barber’s lighting design is a true highlight of the production, although some of the finer aspects get lost, such as the visual effects cast by motorized gobos on the high and expansive celling of the Great Hall.

In all, there is an over-emphasis on the look of the show that results in something close to excess. Less would have been more.

Brenton Spiteri is excellent as the love struck Tamino, with lyrical flowing tenor lines. His scenes with Nicholas Spiteri as Papageno are entertaining. Lampard gives Papageno a “knock-about” feel, which at times seems to be underplayed.

Joanna McWaters is fabulously menacing as the Queen of the Night and uses her flowing costume to great effect. Her two famous arias, which almost define the entire opera and which the audience leaves humming at the end of the night, include several extremely difficult three-lined high F’s that are so high “only dogs can hear them”, as the inimitable Anna Russell once said! McWaters is not entirely comfortable with such stratospherically high notes but this does not diminish her solid performance.

Adam Goodburn is outstanding as the totally unpleasant Monastatos – he looks the part and his vocals again demonstrate his ever increasing stature in the local opera scene. Robert England is austere as Sarastro, and one longs for him to be more obviously benevolent.

Unfortunately one can easily but erroneously believe that he is the villain that the Queen of the Night holds him out to be. He struggles with some of the very deep basso profundo notes early in his performance.

Naomi Hede is superb as the virtuous Pamina and is responsible for some of the beautiful bel canto moments in the production. The Queen of the Night’s Three Ladies, sung by Deborah Caddy, Rosanne Hosking and Meran Bow is excellent, as are the three ‘child spirits’ sung by Sarah-Jane Pattichis, Lisa Cannizzaro and Rachel McCall. (Their curtain call hilariously borders on up-staging!) The supporting male roles are sung well, and Jeremy Tatchell again is imposing.

The Great Hall is stiflingly hot inside, and this may have contributed to the warm but not excessively exuberant applause from the audience at the end of the performance.