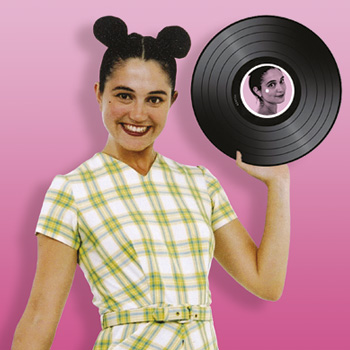 DJ Monski Mouse is onto a winner.  This show is a fantastic 45 minutes of throwing civility to the wind and prancing around like a kid, meaning that unlike lots of children’s events, it’s fun for everyone.  Kids love to dance, parents love to dance, and parents love to watch their kids dance - let’s face it, it’s very, very cute!

The Monski Mouse’s Baby Disco Dance Hall is a wonderful experience that’s designed especially for the under-fives.  It’s been devised with the admirable aim of nurturing a love for music and dancing and encouraging playtime between children and their carers.  From her booth on the dance floor, DJ Monksi spins a great set of familiar songs and nursery rhymes that will keep you on your feet.

Accompanying the tunes are two dancers who mix with the crowd and provide both energy and cool dance moves to follow.  The pillowed areas around the edge of the dance floor provide a perfect place to take a break when you’ve gone a bit too hard.  Whilst aimed at the less mobile young ones, you’ll appreciate leaning on pillow or two for a breather because you’ll be on the dance floor shaking it with the best of them.

One of the true joys of children is that through them, we are given opportunities to regress a little ourselves, and at this show you’ll be pushed to work out who’s having more fun – the kids or the adults! 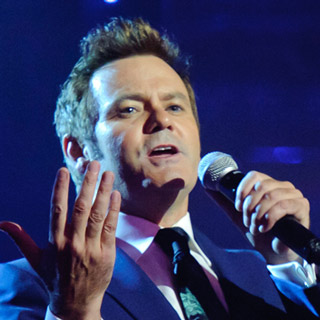 If asked to name the classic subject matter for a cabaret show, life, death and sex should be high up the list.  In ‘The Dark Garden’, Paul McDermott touches on all of these, but lingers on death, taking his audience through the five stages of grief:  Anger, Denial, Bargaining, Acceptance, and… cross-dressing?

This is a return season for the ‘The Dark Garden’, which made its debut in the 2013 Adelaide Cabaret Festival.  From it’s beginnings as an art installation in last year’s Fringe Festival, it’s only fitting that it is running in this more evolved form a year later.

McDermott has done well to translate the work from one-dimension to three.  Taking the music he wrote while producing the artwork (on show in the backdrop of the Adelaide Town Hall stage), he interweaves it with storytelling and his trademark aggressive humour to produce a show that is truly unique.

The music is introspective and emotionally charged; the sad and rueful ‘Her Agoraphobic Hands’ draws you in, while the turmoil conveyed by others is visceral.  Using art as a catharsis for mental distress is not exactly new, but it’s rare that you get a chance to have such insight into the inspiration behind artistic work.

The audience is treated to many such insights as McDermott paints the stories behind the songs, and while he never strays far from the dark corners of his mind, the mix of emotion-drenched music and irreverent comedy balances the piece perfectly.    Even when obviously moved by reliving difficult memories through his songs, McDermott’s cheeky humour raises the mood and is clearly part of his coping mechanism.

Swearing his way through a hilarious array of anecdotes, he showcases his ability to spin a yarn and invites as much audience reaction and interaction as possible.  You won’t struggle to join in. 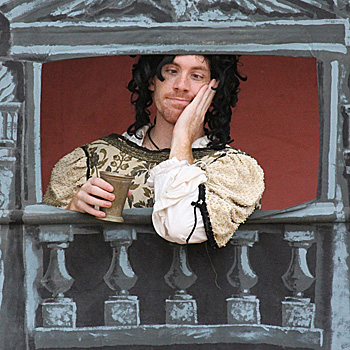 Warning:  If you ARE NOT into Shakespeare, this show is just perfect for you.  For the price of a single ticket you get a very funny introduction to iambic pentameter and to no less that two of the Bard’s classic tragedies and it’s all mixed together into a highly improbable but oh so funny vaudevillian performance par excellence.  They enjoy bantering with the audience and ‘surprising’ each other with unrehearsed lines and antics.

Another warning:  If you ARE into Shakespeare, this show is even MORE perfect for you!  Test your wits and try to disentangle intertwining Shakespearean quotations from the two plays, from contemporary references to the sci-fi classic Total Recall and the never-ending TV series Game of Thrones.  Be delighted by the deliciousness of their very bad puns – they’re really very good.  (For you science geeks out there, the ‘Coriolanus Effect’ was my favourite!)

And one more:  There is NO gratuitous bad language to offend, so be warned.  This is intelligent comedy!

The perpetrators of all this nonsense are Sound & Fury.  They are three super bright, well-read and consummate comedians who hail from LA, and they have come up trumps with this latest mash-up of classic literature.  As usual they blend in local references to great effect and dish up a never-ending barrage of high and low humour, but it always stops short of crossing the line (despite what they might say!)

By the way, all performances of this fantastically inventive and absurdly funny production are at 11am, so make whatever arrangements you need to get to see this one.  You will not regret it.

When: 15 Feb to 2 Mar
Where: Gluttony – The Bally
Bookings: adelaidefringe.com.au 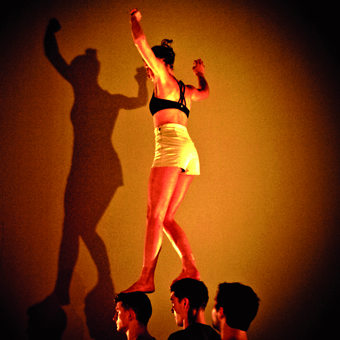 Go and see this one - all the advertising can be believed.  They’ve been to the Adelaide Fringe before and won awards in 2011 and 2013.

This is human physical circus with a difference.  Yes there are the usual dazzling displays of agility and strength, and drop dead buff gorgeous bodies to die for, but it’s what it doesn’t have which makes the difference.

As the name of the show suggests, everything is stripped back to the bare essentials.  The set is nothing more than a stage (suitably padded and sprung of course) and some simple lights.  There are no dazzling costumes or makeup or special effects as we have come to expect in other circus acts.  This show is really minimalistic, but there is nothing minimalist about what the troupe of eight gets up to.

The program is a celebration of playfulness.  Competition and one-upmanship amongst the troupe is a consistent feature of the sequence acts.  The games include a rapid skipping competition, for which the guys strip down to their underwear, and the last man standing goes all the way, but with his back to audience in deference of his modesty and presumably to stop the hearts of the ladies (and some of the men?) in the audience from fluttering too rapidly!

Then there is a holding breath competition with one guy standing on his head and not permitted to move until the winner is determined.  And another skipping demonstration, where this time the rope is a person!  Swinging from the high bar is always impressive in gymnastic competitions, but what if the uprights are comprised of stacks of guys?

Even the muso gets in on the act and becomes a human percussion machine.

It goes on.  It’s an action packed sixty minutes filled with breath taking displays of human physicality laced with liberal amounts of understated humour.  It makes you feel great to be alive!

When: 15 Feb to 9 Mar
Where: Royal Croquet Club – The Panama Club
Bookings: adelaidefringe.com.au 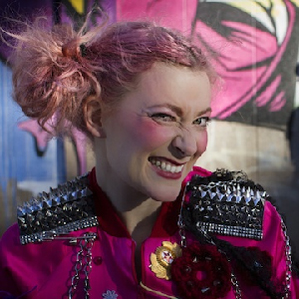 Ancient Japanese street theatre delivered via South Africa. It sounds very "Fringey" and, indeed, it is.

Even the name, ‘Epicene Butcher’, is puzzling. It makes no sense at all until one has seen the story told which only happens after the Chalk Boy has warned on the blackboard that this item is definitely not for vegetarians.

‘Epicene Butcher’ is Jemma Kahn's show but she has a stage assistant who, despite the red Lolita glasses, lipstick and nail polish, we are assured is essential to this form of Japanese performance called Kamishibai. It is the early forerunner to Manga - illustrated story telling or "paper drama". It was once the provenance of monks. Now, under Kahn delivery, it is definitely an out-there moveable feast which roams from the philosophical to the raunchy to the mythical to the political.

The Chalk Boy punctuates the stories by writing a few key intro words on a blackboard. He also presents each audience member with a sweetie.

Kahn appears as a vivid cross-cultural creature with fluffy pink leggings, shorty short skirt, chain and skeleton necklace... Her South African accent is not immediately evident. She's a beautifully-trained performer with a rich voice, absolute enunciation and very good timing. This is why, of course, she can hold an audience in thrall with a box full of drawings.

The audience is seated on the stage of The Arch, gathered around Kahn and her picture box.
It is proximate theatre.

First she tells the story of the monk and the carp which does not prepare one for the erotica which is to follow. Then again, there is a deliciously quirky analysis of cat dreaming which features the famous YouTube cat, Maru. And, there is a tale about Mario of the early computer game. Epicene, it eventuates, is a geisha pursued by the royal butcher in a strangely sweet tale about cannibalism. A little cameo about Nelson Mandela largely delivered in Japanese is least successful of the collection while a wordless depiction of tsunami-ravaged Fukishima brings a tear to the eye.

In less than an hour, Kahn has taken her audience through a rich range of experiences and a wealth of wonderful artwork, much of her own creation in collaboration Gwydion Beynon.

It is so different, so intimate, arresting and intense that it will live long and happily in mind's eye.

When: 16 to 28 Feb
Where: Holden Street Theatres - The Arch
Bookings: adelaidefringe.com.au