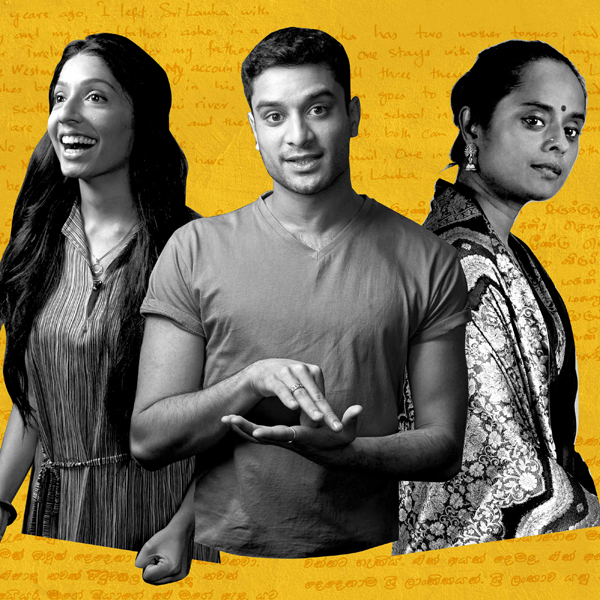 Counting and Cracking is everything a truly great night out at the theatre should be. It is a sweeping multi-generational epic of an upper class Sri Lankan Tamil family that spans decades of time and migration to Australia. The action begins with familiar domesticity of mother and son and girlfriend in Sydney but ratchets up as the back story is filled in by going back in time to Sri Lanka. Shakthidharan juxtaposes a near-present day personal story of family reunification with the tragic civil war between the Tamil people of northern Sri Lanka and the ruling Sinhalese majority. Intriguingly, the patriarch of our subject Tamil family is a member of parliament and dedicated to Sri Lankan unity. We witness the moment when things spiral out of control and our parliamentarian – a dedicated pacifist - is forced to shift from counting on democracy to cracking a few heads. Similarly intimate is a refugee’s desperate journey from political prisoner to the people smugglers. The Sri Lankan conflict and the confused loyalties of immigration between one’s adopted country and country of origin are subtly reflected back in a relationship between the Australian-born Tamil and his Aboriginal girlfriend.

The authenticity of the production is due to many contributive elements coming together. Western Sydney playwright S. Shakthidharan is of Tamil ancestry and he wrote the play to explore his history and homeland. Director Eamon Flack is Belvoir’s artistic director. He has great experience working with Indigenous theatre and has a learned sensitivity towards displacement and identity. Belvoir is Australia’s premiere theatre development workshop and Flack’s productions have won Helpmann Awards for Best Play in 2014 and 2015. The direction is swift-paced and inventive for character interplay and scene conversion. The sixteen member cast is drawn from around the world and their heartfelt and realistic performances involve you in the family drama. They are all cracker performances of the highest calibre. One feels in the presence of street urchins, prisoners and politicians, Sydney siders and Sri Lankans. The dialogue rings true, and is delivered with emotional veracity. Shakthidharan sets a scene during a Sri Lankan wedding and colourful traditional dress and props convince we are in Colombo. Family life is a riot of engagements with servants, shysters, politics and matchmaking. Live music using traditional instruments further transports the audience to exotic locations.

The show is divided into roughly three fifty minute acts and the tension from waiting through two intermissions is excruciating. It is like binge watching a series on Netflix. The prime goal of this creative team is to find the humour, find the love, and find the conflict, which they have done in spades. Counting and Cracking is an exploding kaleidoscope of emotional colour and tension, despair and hope, simultaneously on an epic and personal scale. Unbelievably, it’s Shakthidharan’s first play. Double bravo! Not to be missed.