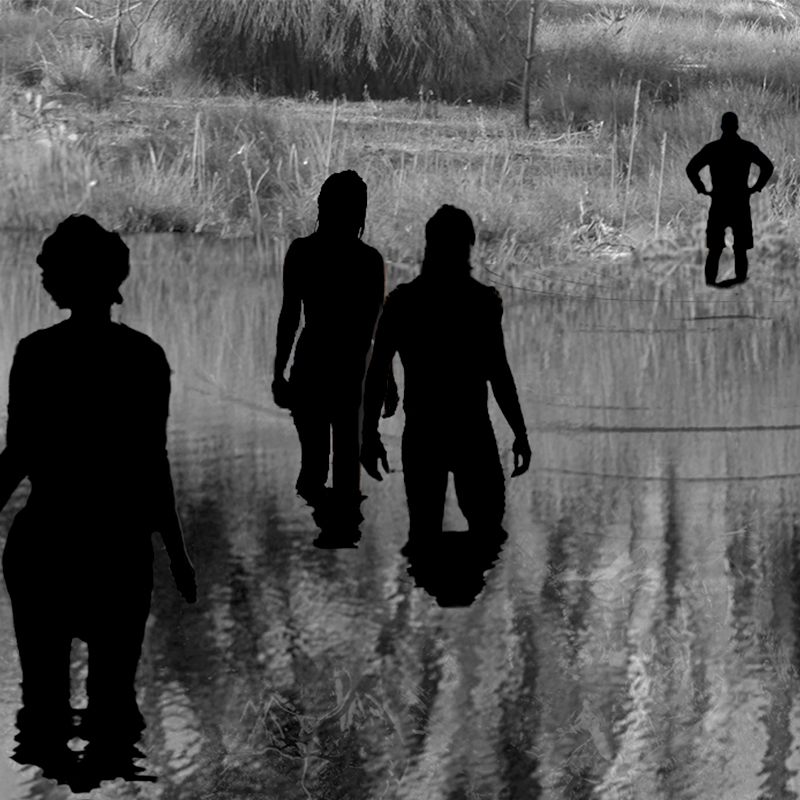 Chris Issacs is a Western Australian playwright to watch out for. Flood was a product of his mind in 2014 and it won a Performing Arts WA prize for best new play. The Fringe production on offer is performed by recent graduates of Adelaide College of the Arts and Flinders Drama Centre. Director Max Garcia-Underwood and designer Tom Kitney are also early in their careers and years, and the whole shebang has a fresh exuberant feel.

Plot-wise, three unattached couples aged the same as the actors have a long history of hanging together and decide on a hefty two week camping trip in the middle of nowhere in northern WA. It does not give the game away to say “they unintentionally violate sacred land and an Indigenous man is murdered” because that’s what’s written in their blurb. Which is a shame, because the play provides palpable suspense by being blissfully unaware of this spoiler.

Strange noises on the first night are provided by an excellent tension-raising soundtrack, and Isaacs gives the good friends delectable individualised reactions to this and other goings on. After reasoning that the incident will not advance their careers, the second half of the play focuses on ancillary damage and discussion they didn’t anticipate through some superb writing. However, high drama was missed by the audience not witnessing the “ah ha” moment when the gang realises that the Indigenous man was simply warning them of the eponymous flood. Or maybe they don’t. The two week time lag between the incident and the flood left this point pointless.

The drama also would have ratcheted up if the characters spent more time dealing with each other instead of telling us what they are doing. There is a better play of character engagement and interaction over-stamped by blank delivery toward the open spaces above the audience. Too often, the writing resembles six simultaneous one-person plays. A more fully developed set design would be appreciated but perhaps a few white blocks had to do due to the tight scheduling in a Fringe venue.

The campers are admirably mutually supportive but they cannot save themselves. The play is a great study of integrity, leadership and group dynamics, living with guilt and secrets, and emotionally coping with bad decisions and consequences. Think Deliverance. While one couldn’t help feel there were opportunities missed in the writing, direction and design, the company conveyed a compelling and disturbing story.