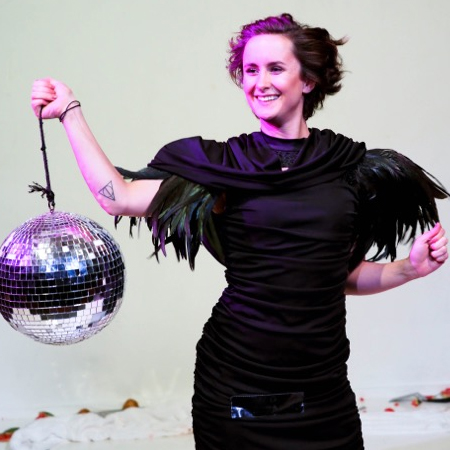 Oh, how feminism has changed. I don’t know whether I am happy or sad about this new expression of the feminised cultural landscape. I am grinding my teeth and smiling at the same time.

This is just the sort of reaction director Charles Sanders seeks in his House of Sand production of Revolt. She said. Revolt Again.

It is thrown up by a new wave of feminist fury and off the pen of British playwright Alice Birch.

Like its cumbersome and grammatically confusing name, Revolt. She Said. Revolt Again is something of a great big, upset applecart. It is an unravelling of feminist ires and indignities, sorrows and fears that have lain, many of them, so deeply veiled in the psyche that we women didn’t realise they were there.

We laugh, we cry, we celebrate, we mourn and sometimes our spine crawls as we experience this astonishing affront of theatre.

It is not for everyone. My companion was so appalled that I don’t think she will ever want to come to the theatre with me again.

Rightly, Alice Birch is being celebrated as the world’s new theatrical provocateur.  She’s just in her 30s and the world simply can’t find enough ways to acknowledge her bombastic arrival on the world stage.

As presented by House of Sand, this South Australian premiere production is as elegant as it is grotesque.

The set of long white veils boxing an interior stage sings purity and beauty but, as its first length is ripped off, it presents a handsome young couple, home from a formal evening out. He wants to make love to her. He assumes his attentions are flattering and pursues torrents of declarations of his lusty intentions. She, on the other hand, dares to suggest the operative making-love word is “with” and not “to”. He will agree to anything; he just wants sex. She withholds, taunts and asserts the power of her body until with her (stunning) cocktail dress rucked around her hips, she has asserted vaginal supremacy over mere man in a way that makes the mighty Lysistrata look like a kitten. It is a brilliant scene, powerful and funny and also very sad. And, it is supremely well performed by Eliza Sanders and Richard Hilliar.

As the scenes of Revolt unfold, the strands of the giant white curtain are stripped away until there are none and the play works around a white tiled central area. The theme of female disempowerment and fightback roars through the scenes, all of them wildly wordy and confronting. There’s a strange hesitance in the dialogue, a holding back before the ensuing eruptions. There are simple examples of women’s sense of self, the conflicting expectations for a lesbian marriage, for example. There’s corporate obstinacy. There’re the ravages of yesterday’s sexual violence revealed as the emotionally crippled collateral damage of following generations. There’s the female victim trying to find emotional immunity in rationalising some sort of personal choice; the guilt of the rape victim. These emerge as metaphors and allegories, some surreal and some in-your-face.

Together, they dig through layers of blood-pouring, child-bearing, choice-less submission in a storm of often revolting revolt.

There are reiterated references to potatoes and watermelons, to lack of understanding, to choices and bluebells; common strands the audience must strive to link.

It is not pretty but, with Sanders’ astute direction and the complementary mindset of designer Stephanie Howie and Sophie Pekbelimli on lighting, its aesthetic reaches moments of high art.

The cast is extraordinary: five brilliant and committed players. Add to Sanders and Hillier the enigmatic power of Amy Victoria Brooks, the wide-eyed passion of Enya Daly and the veteran authority of Fiona Press and you have a stage of disparate peers joined in a fearless cause.

This is a cage-rattling piece of theatre and a jewel in the crown for Feast.