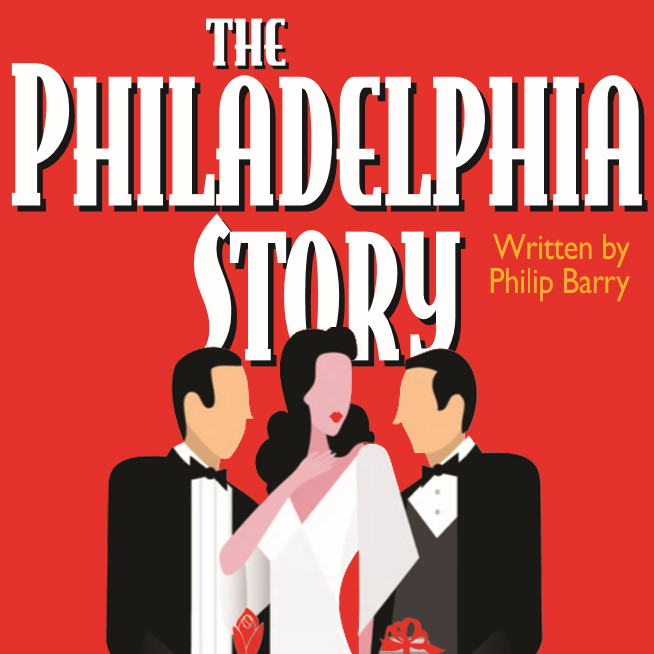 American high society of the 1930s, tabloid journalists, champagne, love and politics. It's all in there, the ingredients which have kept Phillip Barry's romantic comedy regularly ticking over at the box office.

Therry has gone all-out in this production creating sets so lush, lavish and complex that the stage crew actually takes a bow after the big change. First, there is the grand formal sitting room of the Lord estate in Philadelphia, complete with antiques and art. Then, with the well-choreographed manoeuvres of a large stage crew costumed as domestic servants, the wall flaps are unfolded and a gorgeous trellised porch is realised. Credit for this starring set goes to director Kerrin White along with the late Vince Eustace, a Therry backstage stalwart for whom this was to be the last show. It makes a grand exit for a set designer.

Renowned for the lead role of this play back in the day was the Hollywood great, Katherine Hepburn. Interestingly, Lauren Renee, the young actress here playing the role of Tracy Lord, rates Hepburn as her great pinup and imbues her performance with an uncanny semblance of the late star. And, most engaging she is. She is among those onstage who do fairly well with the American accent, albeit with a few too many soft 'A's.

As Tracy's little sister, Dinah, Henny Walters gives another performance which shows that she is a vivid young actress who is definitely going places.

Meanwhile, Celine O'Leary as the mother, Margaret Lord, is a picture of sheer grace and staid elegance.

Generally the performances are strong, John Leigh-Grey and Ron Densley deliciously fusty as Uncle Willy and Sandy Lord respectively, James Whiterow imposing as reporter Mike and Brad Martin nicely pompous as the politician on the marital make. As the ex-husband, Dexter, Aaron MacDonald swans around with cardigan slung round the shoulders and is surprisingly touching, at moments stealing the show. Zoe Dibb as the Spy Magazine photographer is charmingly long-suffering with Roman Turkiewicz solid as Seth. The large cast is nicely rounded off by Daniel Malcolm as the fresh-faced young valet, Cherie Kennett as the maid, and whistling Stanley Tuck as Mac, the security man.

The production was smooth enough on the opening night and one hopes it may gain a bit more oomph as it runs into season. It is what Dame Edna would describe as "a nice night's entertainment".