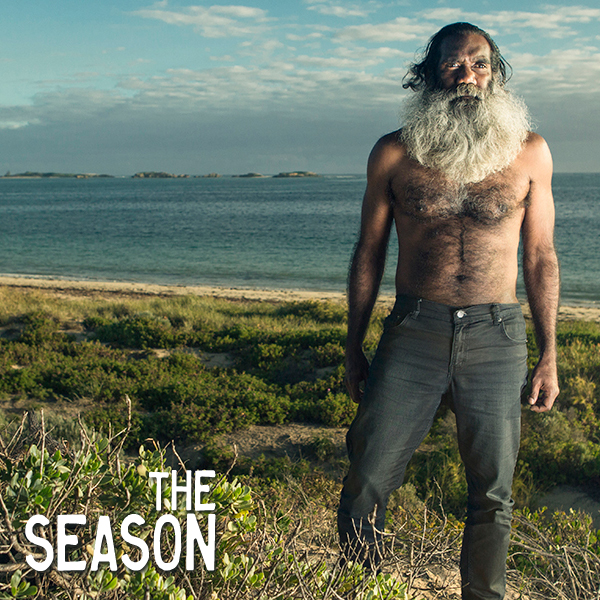 Still, after all these years, most white Australians know pitifully little about Aboriginal culture.

But, says actor Lisa Maza, the theatre is breaking that impasse and taking white Australians into the lives and loves and domestic worlds of our original inhabitants.

And, it is thanks to a new generation of Aboriginal playwrights such as Nathan Maynard who are making the experience as much fun as it is culturally enriching.

Maza is talking about Maynard’s play, The Season, which is spring-boarding out of Noarlunga on tour with the Country Arts Trust. She describes it as a rollicking play about a big, noisy, chaotic, loving Aboriginal family.

Maza simply can’t quell her delight in the gorgeousness of this play even though, she says, the language is a bit on the rough side and some of the subject matter is a bit on the gruesome side.

She was rapt from the moment she read the script and now she enthuses that her role in it as Auntie Marlene is the favourite role of her career.

Maza’s career is distinguished. She is 51, Melbourne-based with a Queensland Meriam/Yidindji/Dutch background and 20 years of professional work behind her in the theatre as an actress and singer. Corrugation Road, Stolen, Radiance, The Sapphires, Yanagai! Yanagai! and Gronks are among the productions adorning her CV and amid roles in film, television and commercials, she also co-wrote and performed the theatre shows Sisters of Gelam and Glorious Bastards.

Now, in The Season, she thrills to “this big, juicy role in which I get to be an extreme person which is not myself”.

“It’s about big families,” she says. “I can relate to that. Mine is a big family. My father had nine children.

“This play is about a particular family and they are going mutton-birding. Just as when families get together, there’s drama, tension, fighting; it’s a roller coaster of family, and it is full of love.”

It is not Maza’s family the play centres around. It is a fictional one drawn from the many tales told over the years by the family of the playwright. Maynard is a descendant of the Chief of the Trawlwoolway Clan and hence of the Tasmanian Indigenous people of the North East of the State. He has been much celebrated in Tasmania with countless awards to his credit. He was this year’s NAIDOC Awards Aboriginal Tasmanian Person of the Year. The Season is Maynard’s first full-length play and it won the 2017 Green Room Award for the Best New Writing.

Maza has been impressed at the way this play and others of the contemporary Aboriginal theatre are “normalising” the depiction of Aboriginal people.

“I’m always thrilled to see modern works,” she says. “And there are more Aboriginal writers coming up, others, like Jada Alberts.”

“This play shows blackfellers as we know them, a family the same as everyone else. It is neither idolising blackfelllers nor showing them as drunks. It is just as family. Normalising.

"A lot of people don’t know blackfellers. This is a good place to show them as they are. I love the way this play is normalising the blackfeller.”

Not that going mutton-birding is normal to a lot of Aboriginal people. It is specific to six weeks on Dog Island off Tasmania’s north coast when the mutton birds come in to roost. The play centres on the fictional Duncan family who have been mutton-birding there for generations.

Maza is a vegetarian so she has never eaten mutton birds let alone gone mutton-birding in real life. Neither, she says, has the rest of the cast which includes the legendary Trevor Jamieson along with Matthew Cooper, Nazaree Dickerson, Della Rae Morrison, Maitland Schnaars and James Slee.

But now, thanks to the play, they are all deeply familiar with the mutton-birding tradition.

“I’m not sure I’d ever put my hand down those holes,” exclaims Maza in horror.

“It’s mainly done by the young boys. The women are in the shed cleaning and pulling the guts out.

“Not many are doing it now.

“It’s cold and windy, they work all day long and the birds are heavy. Forty they have to carry on poles called spiffs. They have to carry the birds back to the bin. It is very hard work. Then you have to dip the birds in hot water and get the feathers, it is gruesome.

“But it is a tradition. Families like this one have been doing it long before us. And that’s what it’s about. Human beings and family.

Directed by Isaac Drandic, The Season, a Tasmania Performs production, is heading off on a South Australian regional tour, starting at the Hopgood Theatre, Noarlunga, on Tuesday August 14 and thence to: