Interview: House of Sand’s Welcome to the Bright World 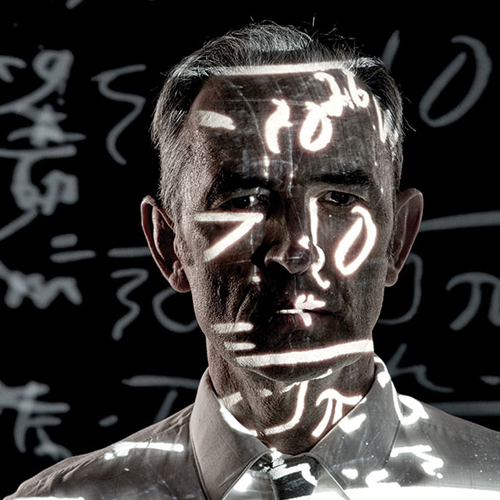 It was back in the vivid Adelaide theatre days of the 1980s that the great Australian playwright Stephen Sewell seared his name into the cultural landscape with world premieres in Adelaide.

If it was a Sewell play, it was going to be challenging, controversial, political, and ground-breaking.

And it still is.

Now comes a new generation of producers and directors to thrill to the master’s works and to keep them coming back to audiences new and old.

Charles Sanders’ directorial and entrepreneurial talents shot to attention the moment the Canberra performer broke onto the Adelaide theatre scene with his Early Worx company in 2010. It generated instantaneous rave reviews and an Emerging Artist award from the Adelaide Critics Circle.

In intervening years, Sanders has been away directing, writing, producing and honing those early talents at NIDA where, as apt chance would have it, the eminent Stephen Sewell has been teaching the art of writing plays.

Sanders, who now has the House of Sand production company, was en route to Berlin as part of his NIDA Masters in Directing when Sewell’s Welcome The Bright World leapt out at him. He was reading it in its original 1982 draft form. But he was mainly reading it because it was about Berlin.

“It is my habit to take a bunch of books and plays set in the place I’m visiting” he explains.

Not only did the play and its subject matter shine forth for Sanders but also the revelation that the then student actor Terry Crawford had played the principal role of Max in a NIDA student production of 1984.

Now, after three years in tweaking and adaptation by author and director, the play is about to hit the stage in Adelaide - starring Terry Crawford, these many long years since that early student show.

This production brings the House of Sand together with the State Theatre Company of South Australia which has been responsible for some of the significant Sewell premieres and productions of the past, most memorably, Dreams in an Empty City in 1986. Other Adelaide premiers of Sewell plays included The Blind Giant is Dancing, Miranda, King Golgrutha, Dust, Identity By Helen Demidenko, and Hate.

Hence has Australia’s most celebrated and provocative playwright continued what has been a particularly significant relationship with Adelaide.

Welcome The Bright World is set in 1980 in Germany but Sanders believes that neither time nor geography impedes the immediacy and relevancy of the play’s themes or characters.

Conversely, recent happenings on the world political and technological scene have underscored effectively the contents of the play.

The play is about identity politics, says Sanders, interestingly dealing with aspects of the characters of Judaism.

It centres upon two Jewish scientists close to discovering a truth which could change the world.

He lists the phenomena: the rise of populist politics, the lack of trust in information, metadata, the Russian hacking scandal, the concept of truth versus alternative facts.

“On the first day of rehearsals, there was Rudy Giuliani saying truth isn’t truth,” he exclaims.

There’s a strangely prophetic quality to this work, perhaps spooky in its way.

Like some sort of premonition, it looks into fact and what is fact.

"So, it is incredibly relevant to the world today,” reiterates Sanders.

"And it is a beautiful story. It is a story about families trying to navigate conflicts.”

In precis, it tells of Max, a mathematician, and his friend Sebastian, a physicist who surmise that they have discovered a quark which reveals the truth of the world. But what is truth? How pliable is it?  The scientists obsess and the families and friends are drawn into the drama which, perchance, may have a greater impact on the political world than they imagine.

“Audiences will easily relate to the characters because, although it is in Berlin 30 years ago, they are middle class people, professional people who will resonate strongly,” explains Sanders.

Sewell’s plays remain popular among Australian theatre companies large and small and Sewell, now 65 and a screenwriter, novelist and playwright, and a man who describes himself as a pessimist, has become a revered figure in the Australian cultural landscape.

Sanders cites Sewell’s style of depicting intelligent, urbane characters as one of his favourite facets of the playwright’s creations. He particularly appreciates that Sewell draws his Australian identities thus and not, as so often in the past representations of the Australian character, as somewhat laconic and defeated.

“One of the reasons I feel a close affinity to Sewell and his work is that one of his central aims as a writer is to think of Australians as global citizens,” he says. "He paints them as large characters in a way rare in the old Australian canon. His characters are big, politically activated and middle class.  They are intelligent and emotional Australians. And, his plays are about cities. I can relate to this. I am from the city. I am middle class.”

This perception of the Australian identity is important to Sanders and, he says, it is central to his own work in the theatre.

That this play’s characters are German is incidental to their class and their understandings of the world. These are common threads, as much Australian as German in Sanders’ eyes.

Stephen Sewell is known to keep a close relationship with his works in production and this trait continues. Not only has there been extensive pre-planning of this play and its production but also the playwright will join the director and the cast for the final weeks of rehearsal.

Apart from the distinguished Terence Crawford in the lead, the production brags a cast of very interesting actors , among them Jo Stone, Anna Cheney, Georgia Stanley, Patrick Frost, Max Garcia-Underwood and Roman Vaculik. And, with design by Karla Urizar, it is being staged in the Old Queen’s Theatre - from September 20 to October 6.