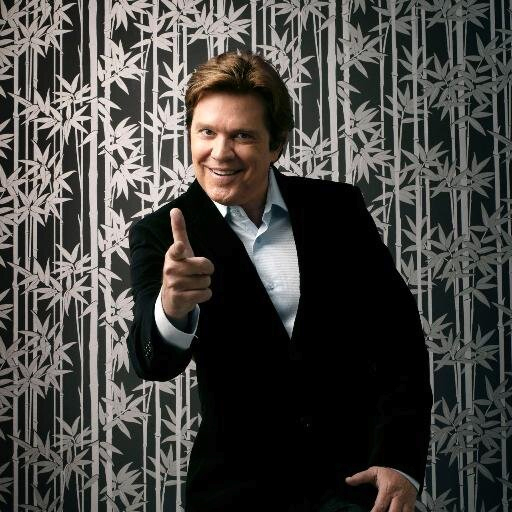 Mark Holden has circus in his blood.

He is, he reveals, descended from a one-legged trapeze artist called Adolphus Holden.

Adolphus created and starred in the Holden Family Circus which travelled the land in covered wagons, from Bellarine near Geelong, all the way to Ceduna and back in the 1890s.

“Adolphus had lost his leg in a railroad accident as a teenager.

“The brothers were farmers as well as musicians. They had big families, up to 10 children. One created the circus but they all played in it; music, monkeys and clowns, songs of the day.

In spirit, the wild Holden Family Circus comes back to town, not to the Tiv but to the Playhouse wherein Mark Holden will revive their history in song and scene. He has been working for years now on this marvellous piece of family history and has stories and images to share.

Thanks to Mervyn Ashton, son of the renowned Phyllis Ashton of Ashton’s Circus, he has old never-before-shown footage of his entertaining rellies from the 1950s.

Then there’s a photo from the Tivoli time when they played with a comedian called Will Robie.

Holden marvels at him.

“He looks for all the world like Will Anderson circa 1880s,” he exclaims.

Holden’s Cabaret Festival show brings together the threads of the zany old colonial family circus entertainers and ties them up with Mark Holden’s correlation of his own showbiz life as a circus.

His career has been nothing less than an “amazing circus” in its own right, he declares.

He cites some of the wild acts which have been part of his life "There was Countdown,” he says.

"It was one circus.

"Then there was Baywatch.

“Baywatch was the biggest circus of all time.

“It trooped up and down the coast of California. It was a rockstar circus. It made camp, huge camps, just like a circus. With trailers, just like the circus, the gypsy part of the circus.

“Then there was the Sydney Olympics. That was a global circus which went out to the world.

“Then there was Dancing with the Stars when I was the clown. What an enormous controversy that was. Remember BoBo the clown? That was my take, my demented version, like BoBo on acid…”

Indeed, social media went to town on Holden for that performance.

Indeed, the Logie-winner’s career has been as colourful and varied as a circus, albeit that on the side he long ago resumed the law course he abandoned in the 70s when his rock career took off and, since the 90s, has been practising as a barrister in Melbourne.

He is very excited about his new show. He has performed it only four times “off Broadway” to get it up and running but, as he emphasises, there are years of research behind it and now a great team making it happen, plus a live band.

It comes fresh to Adelaide, his home town where his son Craig lives and works and also his brother Mike.

“It is all about family and history, it’s funny, there are songs people will know.”

It is full of names: David Hasselhoff, The Temptations, and Vanessa Amorosi among them.

It resonates with a life lived in the US as a producer and songwriter as well as in Australia as a star of blockbuster musicals as well as TV and rock.

After the Cabaret Festival it will surge off to the glorious Theatre Royal in Hobart wherein the old Holden Family Circus players performed in the 1880s and 1920s.

Thereafter, in September it will go on regional tour of South Australia as part of the Cabaret Festival roadshow - Port Pirie, Renmark, Mount Gambier, Noarlunga, and others.

This will be under the Rotary umbrella of ROMAC, the Rotary Oceania Medical Aid for Children, a cause for which Holden is highly supportive. ROMAC, he says, is celebrating 30 years of raising money to bring children to Australia for treatment and the count is up to 500 children so far helped. He hopes to be part of bringing a number of children to South Australia.

So, his pleasure at the impending show is stimulated from all directions.

He hopes to be doing a jam with his brother at the Cab Fest and he is doing a Saturday talk about circus with Steve Vizard as the moderator.

There is a Holden Brothers Travelling Circus exhibition which is on in Hamer Hall in Melbourne and he hopes to get that brought to Adelaide in the future.

Meanwhile, his Cab Fest performances are on June 13 and 14 in the Dunstan Playhouse.

Book at BASS or adelaidecabaretfrestival.com.au