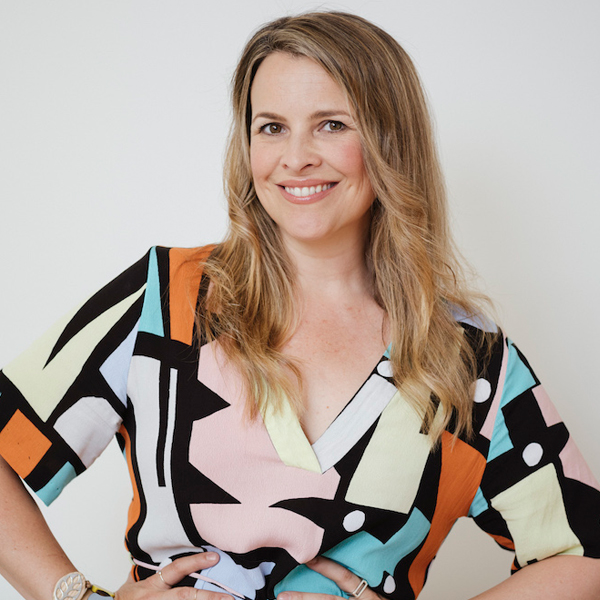 Ali McGregor has stolen our hearts - and we, it seems, have stolen hers.

The Cabaret Festival Artistic Director says it all started in 2009 when, partying with David and Lisa Campbell at 3 am on the last night of that year’s festival, she announced to one and all that she had found her “spiritual home” - and it was the Adelaide Cabaret Festival.

“Adelaide Cabaret Festival has been a massive part of my life ever since,” she says.

She did not then know that she one day would be running the thing, juggling myriad balls of complex logistics.

“This is the hardest and most rewarding job I have ever done and I have both worked in hospitality and am a mother so that is saying something", she declares.

Adelaide was to become base for the Melbourne-born soprano and her domestic life as mother of two and wife of comedian Adam Hills was to become a travelling show in its own right. At present, with Hills hosting a live TV show in London and McGregor running the CabFest in Adelaide, it is all about international commuting.

But, as she sits in yet another airport departure lounge, she waxes lyrical about how Adelaide has become a beloved place for her.

“Adelaide is like a secret club that no one really knows about until they have been ‘accepted’ into the fold,’ she says.

“It has taken me years to realise how wonderful this entire state is. You all keep the fact that you are the most progressive, culturally exciting, artistic, jazz-laden state in Australia very much to yourselves.”

“Built by liberal-thinking reformists and buoyed by generations of people who class the arts as something important to society, Adelaide now has an audience that is thirsty for good art and loyal to those that can see its beauty. Long may this attitude reign. It’s paying off in massive cultural dividends.”

She loves Adelaide for its food and wine and vintage shops, too, she adds. As well as for its loyalty and diversity.

But there is just one thing…

“Fruchocs! Seriously, what even is that? I am so confused.”

As the 2018 CabFest approaches, McGregor groans at the omnipresent question as to which is the pick of her lineup.

While this is McGregor’s last CabFest as artistic director, she has a bit of insider gen on the next festival - and is giving nothing away except a sense of excitement.

It has been massive learning curve for her above and beyond her years of accomplishment as an opera singer, actress and cabaret performer.

"It is all very well having ideas but getting all the pieces to fall into place at exactly the right time for exactly the right price is unbelievably difficult,” she reflects. "Our programming team are beyond amazing to actually pull this festival together.”

McGregor is one of the country’s most beloved cabaret performers and has heard enough, through the years, on the debates about just what constitutes cabaret - the assorted stances about what is the difference between cabaret and concert, burlesque and variety...

It is quite clear to her.

"If you want to be specific about it cabaret is a venue not a genre”, she says. "It is a way of presenting work, not a theatrical definition.

“To me ‘Cabaret’ is a term for shows that fall between the cracks of the high arts. Shows that don’t fit neatly into the main categories like Theatre, Live Music, Dance, Comedy but rather have elements of some or even all of these.

"Cabaret is intimate and it is visceral and when it is done well, it connects to an audience like no other art form.”

Her own first love in cabaret is big, classy variety nights a little like the one in which she recently appeared in Adelaide - the closing of Her Maj Benefit.

"My first introduction to the genre was in the Famous Spiegeltent and the OG variety show La Clique,” she recalls.

"I quite literally ran away from the opera and joined that circus and never looked back.”

"This year at the Cabaret Festival I am celebrating this love with my curated show ‘Glorious Misfits’ that showcases some of my all-time favourite acts.”

McGregor favours festivals with a theme.

Each year of her Adelaide sojourn there has been some sort of theme or backstory to the Festival.

This year it is “Eyes Open”.

“Find me in the bar one night during the festival and I will bore you senseless with my long winded explanation of societal, cultural and architectural narrative!” she threatens.

While you’re at it, she is keen to glean as much feedback as she can, and a sense of what people may yearn for in future CabFests.

“Come to all of the shows,” she urges.

“Say hello to me if you see me swanning around the venue - I love hearing what shows you’ve liked, and all of your feedback. It is that kind of festival. You are family now…"

The Adelaide Cabaret Festival plays from the 8th to the 23rd of June in and around the Adelaide Festival Centre.