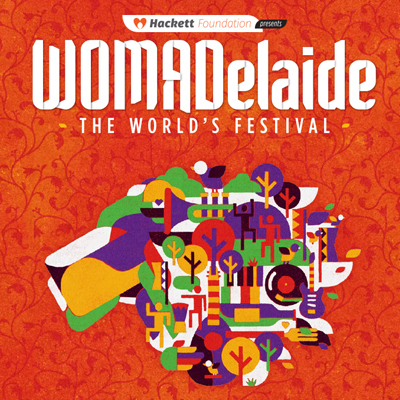 WOMADelaide 2018 wrapped up on Monday 12th March after four days of spectacular performances and an attendance of 96,000 people. The audience was held spellbound by an especially grand-scale, dazzling program that took them on a unique and memorable adventure through the world of music, arts and dance.

The 2018 program featured standout performances from more than 70 groups from 25 countries, including truly mesmerising shows on the Foundation Stage by Anoushka Shankar on opening night, the brilliance of American jazz maestro Kamasi Washington on Sunday and a powerhouse finale from Thievery Corporation.

With such a vast and diverse array of performers, organisers say it is not easy to list only a few highlights, however Tank and the Bangas’ Tarriona ‘Tank’ Ball had the audience in the palm of her hand within moments of their opening night set, the ‘bad boys of jazz’, Hypnotic Brass Ensemble, conquered all who saw them, as did the elegance and vocal mastery of Cuba’s young Daymé Arocena and Cape Verde’s Lura.

A resounding highlight of the festival, Gratte Ciel’s Place des Anges, delighted young and old with a magical aerial spectacular as the visiting ‘Angels’ danced lighting up the skies above the treetops each night, filling everyone with joy and wonder.

WOMADelaide Director Ian Scobie said he had been “thrilled to witness the joyous reaction of audiences – and to see so many people experience WOMADelaide.”

He added that “we were blessed by ‘Angels’ both on, off and above the stages and the memories will linger for many years and [continue to] inspire audiences…”.

On reflection of the wonderful performances, Scobie said it “has been a joy… to see that some of the biggest crowds were for artists perhaps lesser-known in Australia, such as Pat Thomas & Kwashibu Area Band from Ghana, Violons Barbares from France/Bulgaria/Mongolia and the youthful Elephant Sessions from Scotland.”

WOMADelaide fans now have to wait another year before the next WOMADelaide will be celebrated from 8-11 March 2019 in Botanic Park, Adelaide, South Australia.