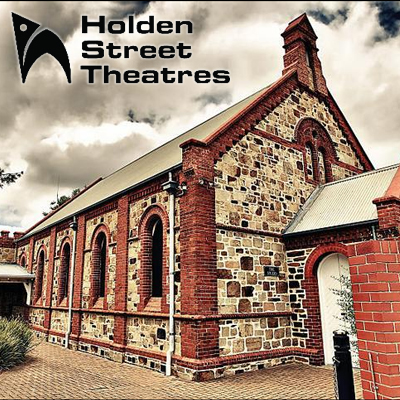 Now established as a vital, vigorous and ground-breaking Fringe Festival entity, Holden Street Theatres is spreading its entrepreneurial wings with programs for Adelaide’s other important festivals: the Festival of Ideas, the Cabaret Festival, and the Feast Festival.

First up, in July, it is throwing a truly thrilling and deeply provocative show into the wonderful Festival of Ideas. Locker Room Talk springs from Donald Trump’s now famous justification for demeaning women in the name of the locker room. Holden Street’s Martha Lott, defines it as “a searing social commentary”.

And it is just the beginning of a wealth of new programming.

The secret to Holden Street’s success as a beyond-the-CBD Fringe venue has been its curated programs.

Director Martha Lott has made a point of importing the crème de la crème of Edinburgh Festival theatre and presenting Fringe seasons of new-wave or simply high calibre theatre.  With a bar, food trucks and easy parking, Holden Street has been the upmarket Fringe of the Fringe, serving a demographic of serious art lovers and a wealth of drama and media students. It has become the “home of theatre” and some people spend their whole Fringes down there.

Thus with her venue well and truly front-of-mind among Adelaide audiences, Lott is using her entrepreneurial skills and her canny instinct for what will thrill an audience to spread her programs throughout the year.  She discovered Locker Room Talk in Edinburgh in 2017. When she approached the Festival of Ideas chair Greg Mackie and Executive Producer, Sandy Verschoor, about bringing it here to the Festival of Ideas, she says the reception was very positive.

The established reputations of Holden Street and the famous Traverse Theatre in Edinburgh were clear credentials for this Rapid Response Theatre production, not to mention its sell-outs in Dublin and London.

Misogyny is a hot issue which is not threatening to go off the boil any time soon. This show looks at it in a very alternative and arresting manner.

It is not conventional theatre as understood by many. It involves recordings relayed via headphones and performed verbatim by a cast of women.  It is all about the inequality of women. The women convey the words of men about women. These quotes have been gleaned through hundreds of conversations with men and boys. The idea explores the rights and wrongs, the thens and nows, honesty and ignorance and whether our world is as progressive as we like to think it is.

The concept was developed by Traverse Theatre’s Associate artist Gary McNair who with Traverse Theatre's Artistic Director Orla O’Loughlin, is a leader of Rapid Response Theatre. They’re considered to be two of the most important theatre makers of our time and will be interacting with Adelaide actors and theatre workers when bringing the work to town. Local actors will be involved.

Lott is jubilant that she has secured this controversial show not just for Holden Street but with a place in the Festival of Ideas.

“It is vital that we represent current issues in the arts and this is a brilliant example of how this can occur successfully,” she says.

Hereafter, her plans will fill the year not only with the usual in-house productions and relationships with exciting new Adelaide theatre companies such as Red Phoenix, which are a product of Holden Street’s creative umbrella, but with new shows tailored to the city’s busy arts calendar.