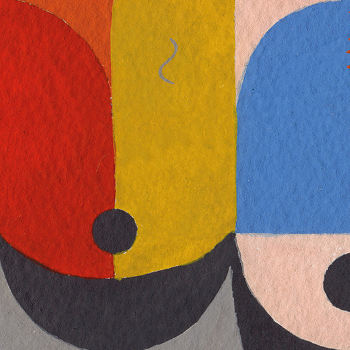 If you had never before heard Beethoven’s iconic Symphony No.9 in D minor – the so-called Choral Symphony – then this reading of it by conductor Nicholas Carter and the Adelaide Symphony Orchestra would have been the perfect introduction. It doesn’t get much better.

The tenth and last in this year’s Master Series is dedicated to Richard Gill AO; the much loved and respected Australian conductor and music educator who passed away last month. Speaking from the podium to the sold-out Adelaide Town Hall audience, Carter notes that Gill was one of his most important mentors. The programme notes state that Carter credits “Richard for opening [Carter’s] eyes to the world of music and to the world beyond music” and that Carter “quickly grew from pupil to apprentice to colleague and peer.” Indeed, Adelaide audiences have been witness to Carter’s rise in prominence as a conductor. He now travels the world from one podium to another, thrilling audiences as he goes, and tonight’s concert is such an example.

It is an impressive sight to behold.

The short first-half of the programme is the Adelaide Symphony’s first ever performance of Leonard Bernstein’s Chichester Psalms, which was composed in the mid 1960s. It is a setting of excerpts from six Psalms and is redolent with Bernstein trademarks: rhythmic complexity, jazz inflections, unusual time signatures (such as 7/4), unstinting orchestration (including two harps, which Carter ensures are clearly heard and valued), and challenging vocal lines. The second movement features the talented boy-treble Charlie Wells who sings the sweetest vocal line with exceptional clarity, especially in the almost-still moments. The combination of the lower strings and the male chorus is deeply satisfying in the final third movement. During the bows, the bunch of flowers presented to Wells was almost as big as he was!

There is surely not a soul alive that has not been introduced to Beethoven’s last and mightiest Symphony No.9. (Think ‘Ode to Joy’ – that consummate choral anthem to the brotherhood of humanity, peaceful coexistence and happiness – all of which seem increasingly elusive in our modern world.) Carter sets a reasonably brisk pace from the outset and has the orchestra seated in a non-traditional arrangement with the bass section on the extreme audience-left, the cellos near the centre-middle, and the violins and violas traversing the width of the stage. Whether or not this placement is needed in part to accommodate the choir, it also has an important auditory effect: it draws out the ‘inseparability’ of the music by reducing the focus on individual sections and allowing thematic material to seemingly emerge from the assembled musical might on the stage.

The separation of the double basses and celli is particularly affecting in the fourth movement. That said, Carter’s treatment of the dynamical structure of the composition is beautifully thought out, so that when an individual instrument or section does momentarily have its ‘time in the sun’, the result reminds us that brotherhood and union is nonetheless reliant on utilising our differences.

Carl Crossin prepares the choir with his usual attention to detail. At full volume, the articulation of the massed voices is astonishing. Even if one has no clue of the actual sung German text, one can still discern every word. Priceless.

The four solo vocalists stand with the choir, and even though they are located behind the might of the orchestra, they too are impressive in their clarity. Soprano Jacqueline Porter and mezzo-soprano Anna Dowsley combine exquisitely. Paul O’Neill’s tenor lines are rich and melodious, and bass Andrew Collis is nothing less than commanding.

What an uplifting concert and superb end to the 2018 Master Series. Bring on 2019!