Harry Potter and the Prisoner of Azkaban in Concert 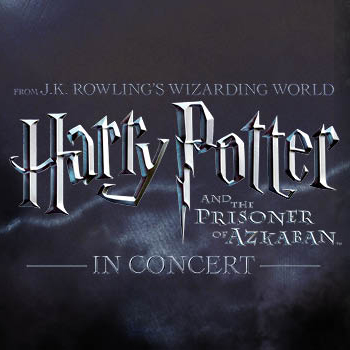 Flags of Gryffindor, Ravenclaw, Slytherin and Hufflepuff flew inside the Entertainment Centre and children queued patiently to have flag symbols painted on their arms and faces in the lead-up to the big ASO/Potter night.  The place was packed. Burgers and chips and soft drinks were allowed into the auditorium.

The ASO was spread out in shimmering formality beneath the huge cinema screen, with the mighty Elder Conservatorium Chorale Graduate Singers lined up neatly behind the musicians. It was a cast of thousands with Hamish McKeith conducting.

The crowd, for it was more a crowd than a conventional audience, cheered loudly as he called out to ask who belonged to which Harry Potter house. Everyone had one. This critic was quickly assigned Ravenclaw. The crowd was told to roar and cheer however it chose in the Harry Potter scheme of things. It roared approbation. And the orchestra struck up.

For the next several hours, the atmosphere was really quite magical, as the J.K. Rowling tale of magicians and sorcerers and weird and wonderful creatures evolved. The orchestra sailed with the moving pictures. It soared in fabulous crescendos and it tinkled in thrills. It moaned in apprehension and growled in fury. It turned ethereal in the joys of flight and deeply dramatic as violence broke out. It was a traveller in time and space.  It was sublime.

And the movie rolled on with its joys and fears and curses and spells and strange beasties of the earth and sky. It thrilled with its cast of characters of the ancient college of magical arts, its dark corridors and living paintings, its wonderful Buckbeak, the Hippogriff, and the slashing tree.

The two art forms were as a glorious one. But the crowd took nothing for granted. Harry Potter fans know when Harry Potter is getting the goods and it broke out into applause over and over when the orchestra’s performance had particularly pleased it.

Needless to say, the ovation at the end was mighty.

For, indeed, this collaboration between cult cinema and literature attracted a very fresh orchestral audience. The demographics were diverse but the enjoyment was universal.

ASO with Harry Potter and the Goblet of Fire