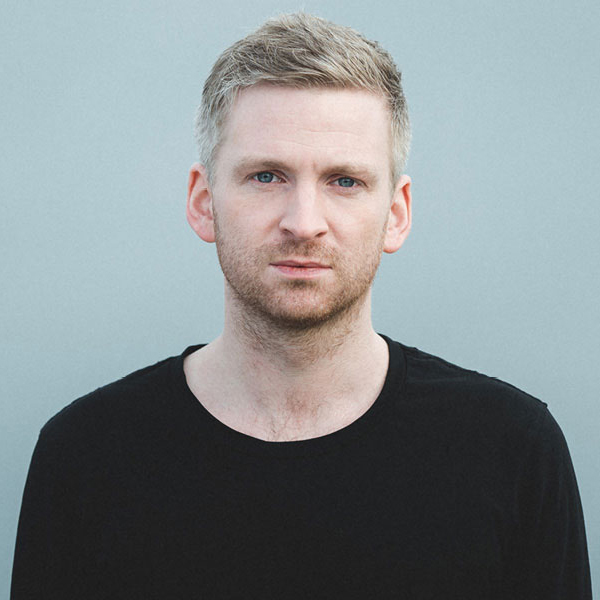 Icelandic composer Ólafur Arnalds has been variously described as a modern classical composer (which is surely a contradiction in terms), a minimalist, and a post-minimalist. His music incorporates a range of stylistic influences including electronic, post-rock, and ‘classical’. His genius is to nod to them all but produce something that is unique and that appeals to a very broad audience. His music is infused with melancholia that transcends sadness and becomes uplifting and optimistic. His compositions often have an air of conventionality about them but when one listens carefully – which his music begs and deserves– one realises there is much going on that confronts the orthodox.

The stage of the dimly lit Dunstan Playhouse is set with a concert grand piano, two upright pianos, a drum kit (acoustic and electronic), places for a conventional string quartet and banks of lights that flicker on an off in obeisance to some unseen controller. Arnalds takes the stage, acknowledges the audience, sits at the grand, and plays. He is then joined by the drummer and the quartet, and an almost tentative performance of an understated composition begins. The quartet feels its way and gradually fills the auditorium with a minimalist yet mellifluous sound. Arnalds asks the audience if they could sing, and being up for anything they do creating a tuneful single note that Arnalds records. This note is then looped into a performance of Only The Winds, which is arguably the backbone of his 2013 album For Now I Am Winter. Throughout the acoustic pianos can be seen to be playing themselves but this time the unseen controller is Stratus - software/hardware created by Arnalds that directs the pianos to play in response to what is being played on the ‘live’ instruments. The effect is unique at all times and produces a haunting accompaniment that is comforting and predictable at times, but then unexpected and rule-breaking at others.

The audience are spellbound throughout, and many close their eyes as they let the music wash over them, involuntarily swaying to the rhythm and the meter, only to be roused from their reverie with the crescendo of the seductive drone of the quartet and the spiky percussion.

The concert is one to be seen as well to be heard. The lighting changes colour to suit the music’s mood and is also directional; sometimes aiming heaven-wards as the melody strives for something unseen and other-worldly. The lighting towers pulse in time with the beat and seem to be a living thing itself. Sometimes it does what one might expect, but at other times it too violates its own rules.

On occasions Arnald speaks to the audience from the piano. His softly spoken voice and gentle manner add an extra dimension to the performance, especially when he dedicates a piece to his father and another to his late grandmother. It is surprising to observe the audience reaction: young hard-rock enthusiasts (judging from their T-shirts) as well as older people (who would probably look more comfortable in a chamber performance of a Mozart string quartet) are all drawn deep in to Arnalds’ inner-world and glimpse his psyche with admiration and respect.

The concert finishes with Arnalds alone on stage playing a sparsely textured yet deeply comforting piece on one of the uprights. His back is to the audience, but his heart is laid bare for all to see.