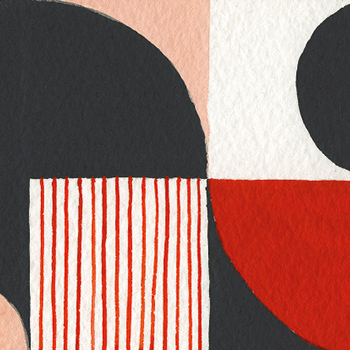 Maestro Nicholas Carter commented from the conductor’s podium that it is gratifying to again see such a large audience in the Town Hall. He should not have been surprised. After all, despite the bitter wintry winds racing down King William Street outside, the cosy interior of the beautiful Town Hall is playing host to a warming program of Fauré, Rachmaninov and, the jewel of the evening, an Australian première of Sir James MacMillan’s Saxophone Concerto featuring the uber-talented world-class saxophonist Amy Dixon, but more on that later.

The Adelaide Symphony Orchestra’s performance of Pelléas et Mélisande Suite by Gabriel Fauré is lush and greatly enhanced by Carter swapping the placement of the violas and cellos. The beautiful Sicilienne movement washes seamlessly over us with Geoffrey Collins on flute and Suzanne Handel on harp affording crystal clarity to the melody, which is matched by the woodwind in the melancholic molto adagio fourth and final movement.

Sir James MacMillan’s Saxophone Concerto is a fifteen-minute concentrated cornucopia of Scottish and Gaelic musical traditions, but despite the immense interest that is inherent in it, to one’s ear it only just holds together. Scored for string orchestra and solo saxophone, each movement is over – almost abruptly – before it really has a chance to develop, and there are few connections between them. That said, each movement is absorbing in its own right, and variously feature traditional Scottish dance rhythms and the drone effect of bagpipes. The second and most satisfying movement is an exploration of Gaelic psalm singing in which the cantor (solo saxophonist) ‘sings’ a line and the assembly (string orchestra) joins in at their own time. Aurally the effect is almost like a canon in which the repetitions rapidly blend and suffuse the space in broad and pastoral tones. The composition comprises many difficult passages, especially in the third and final movement, and Dixon demonstrates her world class talent and exceptional breathing control and articulation.

The audience are generous with their applause and Carter fittingly allows Dixon to take the second and third bows by herself. She offers an encore which is an astonishing excerpt of coloratura proportions from the concerto that, curiously, was more effective as a solo piece than it was with orchestral accompaniment.

The concert concludes with a fine reading of Rachmaninov’s Symphony No.3. Rachmaninov’s compositions are typified by their expansive melodies and rich orchestration, but this symphony is a little less generous in that regard, and, arguably, is his best. In it Rachmaninov seems to unshackle himself from what is usually expected of Russian symphonic music. There is less gravitas and deep introspection in favour of lightness and freshness with immediate and uncomplicated development of musical ideas.

Carter has shown us time and time again that he can see the ‘big picture’. In expansive works such as the Symphony No 3 he sets a dynamical and metrical blueprint for the entire composition rather than planning each movement separately. This leads to balance and a unity that is satisfying, and the mood changes that are inherent in Rachmaninov’s style come across more profoundly and convincingly - they coax, they don’t scream.