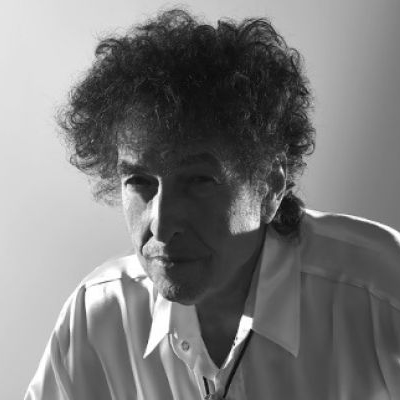 In his Modern Times song, Spirit over the Water, Bob Dylan wrote:

“You think I'm over the hill // You think I'm past my prime // Let me see what you got
We can have a whoppin' good time.”

And so it came to pass on a wicked Adelaide winter’s night that 6,000 people hunkered down beneath the domes of the most magnificent performance marquee imaginable and joined that old man for a whoppin’ good time.

Well, “whoppin” may not have been the word for it.

As in every Dylan concert, it was an idiosyncratic affair. Haunting, in a strange way.

Everyone knew it would not be like any other Dylan concert because, for most audience members, it was not their first Dylan concert. And there had never been anything predicable or average in any of the previous concerts. Everyone was lured back full of curiosity as to who and what this touring incarnation of the modern god poet would deliver this time, this possibly and probably his last time, now he is going on 78.

Dylan was 24 when first he performed in Adelaide, already worshipped as a genius poet and a powerful symbol of the 60s protest movements. Barefooted, he attended a press conference, showing a contempt bordering on ennui. “Impertinent…boorish” said the media.

When he performed with his “greasy-haired band" at the packed-out Palais Royal, he gazed distractedly offstage as he dutifully pleased the avid folkies fans with his familiar hit songs. They loved every word. It was all about the words.

But in the second part of that performance, he threw traditional folk music to the wind, amped up the volume and introduced his latest style, “folk rock”.

I was there, reviewing for the Adelaide University newspaper, On Dit, under my undergraduate sobriquet, Justine.

“Clutching his electric guitar, he shouted his poetry over the thunderous rock band, bounding around the stage to the beat of the music,” I wrote.

“He was like a child with a new toy. He didn’t quite know what to do next. He harmonised with another guitarist, danced a little, tried another number on the piano, danced a little more.”

Older audience members walked out. “Bring on the go-go girls,” some jeered as they stomped up the aisle.

He has toned it down these days. Jazzy and percussive and rocking but not so raucous. Perhaps wise to the aural damage of the industry, his 8-piece band, most of them rather elegant in loose silvery suits and black fedoras, had the volume beautifully balanced.

The stage in that magnificent tent of tents had the effect of a towering backdrop of verticals, which towards the end delivered a magnificent effect of rustic wooden pales. Most significantly, it was all about lights and more lights. Lamps around the stage illuminated band members. Giant old-style theatre floodlights dangled down lighting as part of the backdrop. Spot lights shone from the back across the stage and out to the audience. Dylan, seated or standing behind a grand piano, was shaded, his huge Harpo Marx mop of fuzzy curls glowing amber in the back lights.

Occasionally, when he stood to hammer closing notes on numbers, one glimpsed a little more of his face.  Familiar, wrinkled, still handsome. But he seemed nestled among his family of musicians on the stage, not one to stand out, let alone have his image projected onto video screens. For some in the audience, this was an issue. Dylan tours incessantly and has rules which travel with him. No big screens. No cameras. There is a strange need for privacy from this very public figure. It is all part of the mystique which has kept us all in his thrall these many long years.

He has not lost the magic.

His wonderful raspy voice remains strong and clear, that unmistakable timbre, that edge, that whining sound we know and love. The band pumped out the tempos and the voice carried the tunes, if not the words. Most of the famous Nobel Prize-winning poetry was indecipherable, just Dylanesque sounds.  Sometimes a familiar phrase would emerge and the crowd would cheer. It was hard to find the old songs because Dylan reworks them and reimagines them and, like an eternal Chinese whisper, they grow further from the original until they are something else.

But oh, how he surprised us with such a sweet and loving rendition of today’s version of Don’t Think Twice Babe, It’s All Right.  Tenderness itself.

Among the songs were Blowin in the Wind, Ballad of a Thin man, and It ain’t me Babe.

They came and came for almost two hours, a little bit of harmonica, a lot of piano, a lot of voice and stamina. Dylan spoke occasionally to other musicians but he neither touched a guitar nor addressed the audience.

The people were just glad to be there, in the same place and breathing the same air as that extraordinary man of our times.