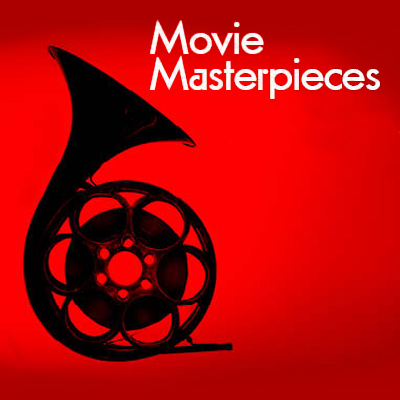 With wacky-humored conductor Guy Noble on the podium and the iconic Margaret Pomeranz in the on-stage host’s chair (complete with ‘nana blanket’ just in case), the evening of movie musical masterpieces was bound to be great fun, and it was.

The Festival Theatre was fully sold out – not a spare seat to be had, not even in the very back rows or the balcony boxes. This is not common, and especially for an orchestral concert, and it serves to remind us that cinema is a very significant component of everyone’s cultural life, and for some, the only form of orchestral music to which they are regularly exposed.

Much of the music in films is almost subliminal – it’s there in the background and it’s not really noticed – but if it’s absent the movie experience is so much the poorer. Then there are those famous themes that linger with you long after you have left the cinema as you incessantly hum them, and there are those iconic musical phrases that are so haunting and emotive that they have an eternal life of their own.

The generous programme included a diverse selection of famous pieces written by giants of film music including John Williams, James Horner, John Barry, Ennio Morricone and Hans Zimmer to name but a few. The evening opened auspiciously with the famous 20th Century Fox fanfare, complete with floodlights evocatively cutting through the haze above the orchestra. Then it was into the main title from Star Wars before the living bejesus was scarred out of us with the screeching strings in the piercing riff from the murder scene in Psycho and the ominous and menacing opening chords in the theme from Jaws. Two numbers over in a matter of seconds, but the fear and sense of foreboding still hangs over us!

The Adelaide Symphony Orchestra was at full strength and included an expanded percussion section, additional trombone, harp, guitar and piano (not credited in the programme). The stage was full to overflowing, and the cyclorama curtain behind the mighty ASO was vividly lit throughout the evening. It was a colorful sight to behold.

The orchestra was also amplified, which is not a simple thing to engineer, and the balance was not always entirely sympathetic to the music. The strings especially occasionally sounded quite ‘blurred’ and lacking musical color, but in the main this didn’t matter. The audience was enthusiastic in its applause after each number; never more so than when Noble took to the stage dressed as ‘Darth Vader’ and announced to the dashing Acting Concertmaster Cameron Hill that he was his father proceeding to conduct The Star Wars Imperial March with a fluorescent light sabre! These antics were only eclipsed when he later ran slow-motion across the stage dressed in running attire while Pomeranz conducted the ASO in the theme to Chariots of Fire.

It was great fun and the audience enjoyed a cornucopia of other musical gems from films including Lawrence of Arabia, Titanic, The Godfather, Lord of the Rings, Out of Africa, Apocalypse Now, Inception, Harry Potter, The Man from Snowy River, and The Curse of the Black Pearl.

Every year the ASO put on such concerts in their so-called Showcase Series. Yet to come is The last Night at the Proms (in the best tradition of the Royal Albert hall) and Cirque de la Symphonie (which will be an aurally and visually spectacular fusion of circus and live orchestral music.)

Got your tickets yet?

If your appetite is whetted for orchestral music by these events, why not try the ASO’s Classics Unwrapped series (a gourmet assortment of classical music’s sweetest treats!).