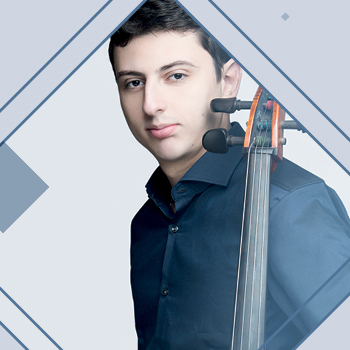 The programme might have been entitled ‘Fiery Nielsen’, but that doesn’t quite have the same box office pull as ‘Elegant Tchaikovsky’, does it? But despite being treated to some of the best cello playing available today in an exemplary performance of Tchaikovsky’s very elegant Variations on a Rococo Theme – the Fitzenhagen version, regrettably, not the original – Carl Nielsen’s remarkable Symphony No 4 (known as The Inextinguishable) dominated the evening. Having said that, the audience was still humming the principal theme of the Rococo Variations on their way out of the…very elegant… Adelaide Town Hall at the end of the evening!

Guest conductor, and much revered former principal conductor, of the ASO Arvo Volmer was in his element throughout the evening. Volmer knows and deeply understands the music of Scandinavian and Baltic composers, and is well practiced in communicating this to the ASO (who can forget his cycle of the Sibelius symphonies?). Volmer’s reading of Sibelius’ tone poem Tapiola, his last orchestral masterpiece, was immensely satisfying. Volmer drew out the contrasting hymnal and storm-like natures of the composition. The strings were noble, and the woodwind and brass, at times, roared with threatening authority.

But this storm paled into insignificance compared to the battle between the two sets of timpani in the Nielsen symphony that Volmer set on diametrically opposite sides of the stage! Volmer swept onto the stage after the interval and launched the orchestra into the fierce opening tutti before the applause had ended and before he had even settled himself on the podium. It was dramatic, and the passion did not let up until the symphony was over, with all movements played without breaks. Volmer was not seduced by the changing tempos and kept the piece under control, but on a knife’s edge. It was exhilarating and when it was over, the audience erupted into generous, sustained and deserved applause. Was it because of the music, or was it because their affection for Volmer? Surely it was both.

The star of the evening was the brilliant twenty-seven year old Armenian cellist Narek Hakhnazaryan. His performance of the Rococo Variations was nothing short of awe inspiring. He inhabited the piece and elegantly drew out its long and languid melodic phrases. His warm phrasing in the opening statement of the theme paved the way for him to gently encourage and coax the musical grace from the remaining variations without becoming mawkish. Hakhnazaryan is also a joy to watch. The epitome of control and command, casually-dressed he was at one with both his instrument and the music, and the result was an image of benevolent authority. His reading of Tchaikovsky’s Nocturne for Cello and Small Orchestra was equally sublime, and his encore before the interval was, and I’m guessing, an Armenian folk dance that was played at a blistering pace. The bowing and finger work required almost gymnastic abilities. Hakhnazaryan also chanted to the piece and the result was exhilarating and enthusiastically received by the large audience.