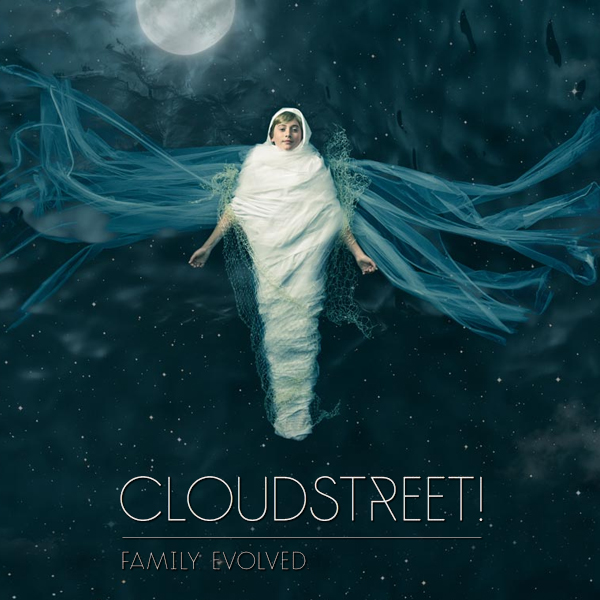 State Opera of South Australia. Her Majesty’s Theatre. 12 May 2016

Cloudstreet! is a new opera, its Australian, it has just had its world première in li’l ol’ Adelaide and the whole package is … well, it’s bloody exciting, that’s what it is, and you should take a gander!

Cloudstreet! is based on Tim Winton’s award-winning Australian 1998 novel of the same name. First a novel, then an immense stage play and then a TV series, it was only a matter of time before it became an opera. Musical director Tim Sexton, director Gale Edwards and composer George Palmer collaborated for five solid years to create Cloudstreet the opera. It was a labor of love driven by a mutually shared and heart-felt rock solid belief that the touching and quintessentially Australianess of the story was robust enough and worth re-telling on the operatic stage.

The result speaks for itself. It is magnificent and impresses on so many levels.

The story traverses some 20-30 years in the lives of two working-class Australian families – the Lambs and the Pickles - who are down on their luck and find themselves sharing a large run down house in Perth at No. 1 Cloud Street. Unknown to the two families, the house has some secret and shameful history relating to the Stolen Generation. Both families have suffered tragedies at various times, the most poignant of which is the drowning and subsequent revival of Samson (nicknamed ‘Fish’), the favorite son of the Lamb family. Tragically, Fish, who in many ways is the central character of the opera, is left with an acquired brain injury and is never again the ‘full quid’.

The story is a busy one, and a long one. Lots happens, possibly too much, and it takes some effort to keep pace with it, especially towards the end of the performance that lasts for over two and one-half hours. The scenic design includes a revolve stage, which allows rapid change of settings and keeps the action flowing smoothly. The opera is sung in English and the diction of the entire cast is excellent (well done Tim Sexton!) so one is almost never in doubt about what is happening and surtitles are not needed! The libretto preserves the vernacular and rhythm of the broad Aussie accent – which some purists might find jarring – and Palmer’s music allows it to be sung freely and naturally.

The score is predominantly tonal, which is not altogether common in modern opera, and Palmer’s use of woodwind and the mellow strings of the cello gives a homely, comforting and earthy feel to the setting. Having said that it is doubtful whether any audience member left humming a memorable tune or two. Sexton provided clear direction in his conducting and the aural balance between orchestra and singers was never in doubt.

The ensemble cast is uniformly excellent.

Pelham Andrews’ resonant bass voice imbued Lester Lamb with the warmth and compassion of a caring father who unreservedly loves his wife and children. Antoinette Halloran’s lyrical soprano voice gave Oriel, Lester’s wife, dignity in the face of adversity. Her aria in Act 2, in which she describes the bush fire tragedy that left Oriel as the sole survivor of her family when she was a child, was just heartbreaking.

Joanna McWaters was brilliant as Dolly Pickles, the wanton wife who drunkenly rolls from one bloke in a bar to another and leaves her family uncared for. Her acting was first rate and you could almost smell the sex and alcohol about her. Her wonderfully strong soprano voice added incisiveness to a ‘sexciting’ performance!

Berry Ryan’s portrayal of the addicted gambler Sam Pickles was a highlight of the production. His rich, strong baritone voice commanded attention at all times, from moments of extreme vulnerability to periods of amiable knockabout cockiness posing as confidence.

Desiree Frahn gives a break-out performance as Rose Pickles, the resentful daughter who despises her mother and chides her father for not standing up to her shameless ways. Frahn convincingly handles the transformation of Rose from an anorexic angry child to a beautiful young woman, and her versatile voice adds to the conviction.

Nicholas Cannon plays Quick, one of Lester and Oriel’s two sons, and his performance is another highlight of the show. We are left in no doubt, through Cannon’s fine tenor singing and strong acting, that Quick is a selfless young man whose devotion to his disabled brother almost leaves him a broken young man himself.

Don Bemrose brought dream-time mystery to the role of Bob Crab, the Aboriginal man who seemed to be a guardian spirit to Fish and Quick Lamb boys. He did well in his opening aria to overcome the initially untidy sound engineering.

Jeremy Kleeman was convincing as the wannabe poet Toby and was variously both likeable as Rose’s young lover and despised when he cruelly rejected her. His rich baritone voice gets better and better with each outing.

The strong ensemble is rounded out by Kristen Hardy, Karina Jay, Courtney Turner, Ben Francis, Hew Wagner, and Beau Sandford. With limited opportunities they all created memorable characters, which is a testimony to Edward’s fine direction.

The star of the show is Fish lamb, and Nicholas Jones’ performance was nothing short of astounding. His portrayal of a brain damaged young man who is forever trapped in a malfunctioning body was deeply affecting. It was disciplined, honest and never offensive or mawkish. Jones’ vocal lyricism and controlled strength allowed him to sing convincingly with the awkwardness of someone who struggles with a speech impediment as well as sing with a soaring and unleashed voice of a young man who, in brief and private moments, finds himself at peace and at one with his true inner self. The impact is immense. Jones’ art is a joy.

The production also impresses with its look and feel. Victoria Lamb (no relation to the on-stage Lambs!) has created a versatile open design that shouts the rough and readiness of outback Australia. It’s unmistakable, yet it all doubles to become No. 1 Cloud Street as well. Craig Williams’ fabulous video projections, when cast onto the set, transform the scene instantly to raging bushfires, the outback, suburbia, the Margaret River, and elsewhere. The images of three Aboriginal girls who ‘shared history’ with No. 1 Cloud Street were as unsettling as they were beautiful. Ailsa Paterson’s costumes suited the passage of the years, and Nigel Levings’ lighting was the cream on the cake. The effects and colors were remarkable.

The stage was one immense, devastatingly evocative canvas, and the cast played out a roller coaster of emotions.

This opera has a bright future.