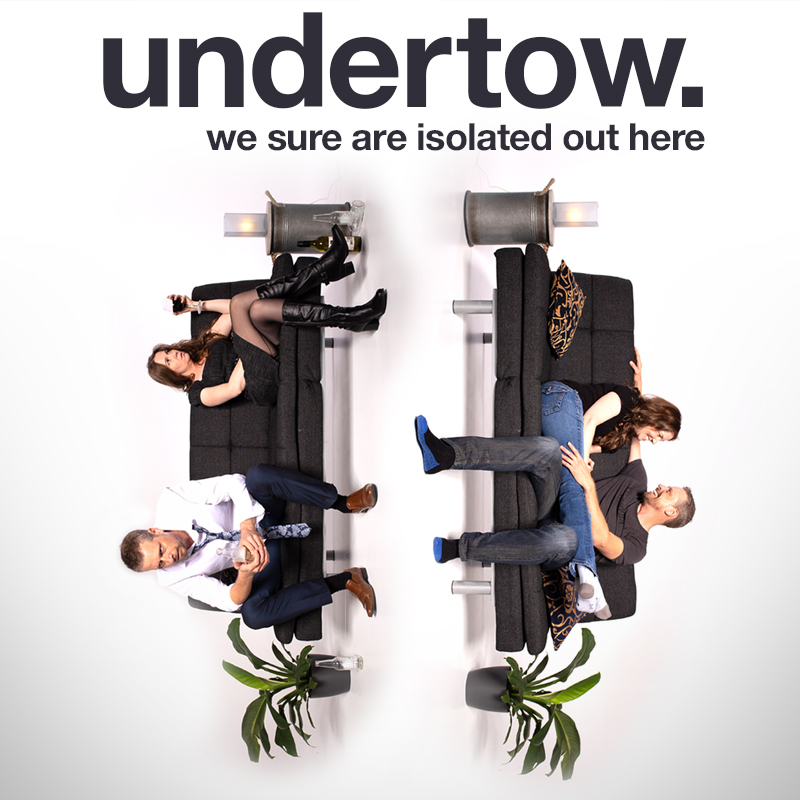 A couch, a coffee table and a drinks stand invite you into a living room. That’s all that’s needed for early 40s empty nesters Rebecca and James of some soporific suburbia to bat away a few challenges that life has pitched to them in Jasmine Fairbairn’s first play, Undertow. The production comes direct from southeast Queensland where it’s big in its own backyard. Director Simon Denver is artistic director at the Suncoast Repertory Theatre and Clayton Storey (James) is a regular there. Comedian Jasmine Fairbairn (Rebecca) runs Knockoff Comedy at Brisbane Powerhouse and was a major player in Canada’s famous Loose Moose Theatre in Calgary - where Theatresports was invented in 1977. The play and creative team have garnered nine awards at three theatre festivals in the Brisbane region last year for best play, director, and performances. The KSP Theatre Festival thought Storey was funny (best male in a comedic role) and the Sandgate Theatre Festival thought he was more serious (best male in a dramatic role).

I can’t see what all the fuss is about. Rebecca and James are simply conventional. The banal banter and awkward body language in the first scene establishes a lack of chemistry in this worn out couple. They hit a baby bump in their complacent slide to middle age and the recriminations and blame abound. There are clichéd rants about the failed vasectomy, the boring boss, and an extravagant reflection on the energy drain of raising kids bordering on regret and selfishness. They mull over the issues, get a little angry, kiss and make up dispassionately, buy a $2000 stroller, complain about that, and so on. Scenes destined for cute are more saccharine than sugar, and tension and suspense are killed in the cradle.

The play might have been written in the ‘70s – there is nothing new.   There is not much at stake as they agree to muddle through and make the best of it. And when things happen or change again - sigh, oh well. Rebecca and James finish off where they started – isolated, in a bubble, and back on track to nothing in particular. One was as enervated by the whole experience as they were.

Where: Holden Street Theatres – The Arch