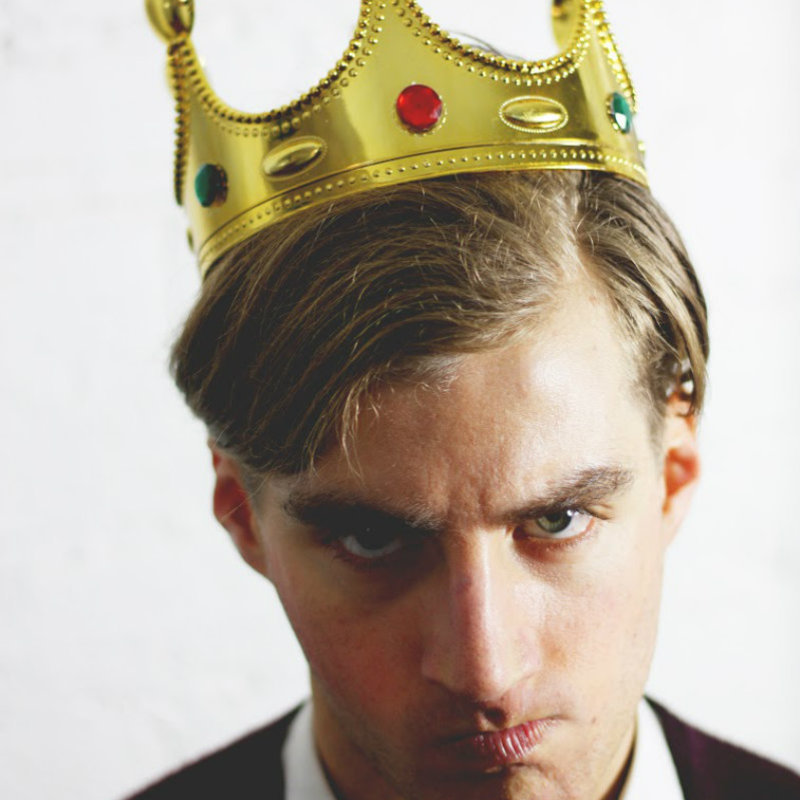 What a great “what if” idea for a play. Fast forward to 2027. The Queen has sadly passed (at the glorious age of 101) and for the six following days, King Charles III has bolt holed himself in the palace. Prime Minister Boris Johnson is fomenting republican rioting in the streets. The new Prince of Wales, William, is too gutless to seize the day according to Prince George, and there is only one royal left to save the kingdom from extinction. His fourteen-year-old self. But don’t worry, he has a three phase plan; he’s thought it all out. So why is he still sulking in his monogrammed silk jammies?

With this ludicrous yet slightly probable premise, writer, performer and producer Patrick Livesey, in his first self-devised one-person show, does a star turn as the mincing wannabe monarch. Blessed with persuasive resemblance to George’s granny, Diana, Livesey further inhabits his George with a pitch perfect accent, lively gay mannerisms, monstrous petulance and a git’s witlessness. All the royal men have failed and he points out his role models in frames on the side table: Elizabeth II, Diana and his mum.

Urgency is created through BBC broadcasts revealing that Britain is in turmoil, but George has a magnificent plan to appeal to the Commons through his current infatuation named Harvey. Livesey has plausibly created the conditions of George’s isolation at this crucial time and thus the audience becomes his only confidant. In spite of being stuck in his bedroom, Livesey’s George is all exuberant action and regal plotting; he so innocently provides a hilarious satire on the complaints of the monarchy: expensive, useless, in a Buckingham bubble. Yet he makes you feel you’ll miss them if they went the way of the dodo.

Livesey has created a whole world in a bedroom of plausible intrigue comingled with real issues and sharp observation, all delivered by his charismatic man-child deluded dilettante. True git! Bravo!