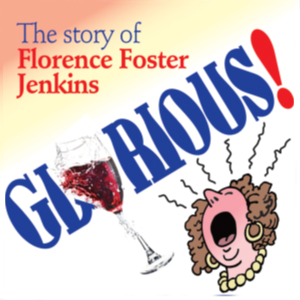 One can only marvel at the work Sue Wylie must have put in to sing appallingly with such absolute skill and acuity.

She’s a good and experienced singer but for this role she has to become expertly tone deaf.

Foster Jenkins’s terrible singing generated a cult following in America in the 1920s, 30s and 40s. Everyone wanted to hear her jarring off-key stridency, so much so that thousands were turned away from her 1940 Carnegie Hall concert. While people jeered and sneered at her operatic ineptitude, she remained blissfully confident of her talent.

Peter Quilter’s bio script presents a sweetly sympathetic picture of the singer though it's overwritten and at times the dialogue is leaden.

But the main character is tailor-made for Wylie at this stage of her career.

She plays it proud, unhurried and sublimely obtuse, and, when she sings, she truly hits those wrong notes. She gives it her ear-piercing all. She hams it up just enough to make it funny. But as one is laughing, one is wondering how on earth she can do it and still keep a voice for talking.

She gets to make some spectacular entrances in well-wrought replicas of Foster Jenkins’ fanciful costumes, not least of them the white angel with working wings.

The first night audience did not need encouragement to get into the spirit of the performance and every terrible aria was met with whoops of cheering acclaim.

Wylie is very well supported by Stuart Pearce as her handsome English actor partner/manager. He’s charming and simpatico. Jock Dunbar hits all the right notes as Foster Jenkins’s patient pianist. It’s a sterling performance with a good American accent. Jenny Penny plays Foster Jenkin’s darling dippy friend, Dorothy. She has a lovely voice and manner and does a very good line in whirlwind dithering. Laura Antoniazzi’s specialty is rampant tantrums in Italian. She plays the maid to the hilt and then some. Last but not least, Therry stalwart Julia Whittle storms the stage representing American musical appreciation standards to call for a stop to the rampant success of the world’s worst opera singer. It is always good to see Whittle onstage and she makes a nice meaty meal of a small role.

There are some elaborate and ingenious Olie Wiebkin sets in this offbeat show. Lighting and look is good although it is imperative that director Geoff Brittain tightens up or trims some of the tediously slow dialogue segments.

The tale of Florence Foster Jenkins is gloriously unlikely. It makes an audience marvel as well as laugh. As presented by Therry, it is strangely touching. It mocks and moves at the same time.  And as for its star, Sue Wylie, she is very good at being very bad.