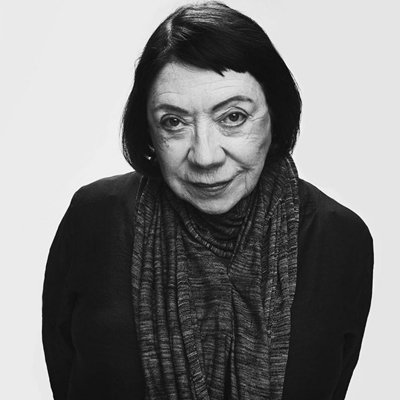 She’s a gruff and antisocial old girl living in self-imposed exile in Switzerland where her literary reputation is more feted than it is in her American homeland. She breeds snails and cats as her preferred company.

She is none too pleased when an ambitious underling pilgrimages from her New York publishing house to appeal to the great Patricia Highsmith for just one more story about her best-selling character Tom Ripley. In torrents of expletives, she orders him to leave. But, while he may seem the humble supplicant with his bespectacled, tousled haired appearance, now his foot is in the door he vows not to leave until she signs a commitment.

Here, playwright Joanna Murray-Smith applies some of the tried and true Man Who Comes to Dinner formula and an unsteady balance of power emerges between the famous old author and the young man on a mission. She interrogates him and quickly draws out his unhappy past and he discovers her obsession with weapons and death and myriad ugly prejudices. No one ever said Patricia Highsmith was a nice person. Murray-Smith does not whitewash her.

She is at the end of her life. She is sick. The bed is made but she is not in it yet, she says.

Young Edward inveigles himself as a key to unlocking more Ripley and, indeed, becomes more Ripley. As the 90 minutes of waspish and bitter dialogue evolves, the interpersonal dynamics take on a sinister quality. By now, the playwright has abandoned biographical authenticity and leapt wildly into her own Ripleyesque scenario.

Sandy Gore is a wonderful piece of casting as the embittered and alcoholic literary giant. It is an authoritative and memorable performance. And, her voice, even when the lines are venomous and hostile, is a mellow pleasure on the ear.

While Highsmith may give ground to her insistent young visitor, his is the character which must evolve in the most subtle and then emphatic way, so much so that from New York accent, he segues to the sleek well-bred tones of a Bostonian. All this is impeccably delivered by Matt Crook in a simply sublime performance.

Although the play itself challenges the credulity, the set is so expertly wrought that one could simply move in and live there.  Alisa Paterson has covered every inch of the expansive stage in a comfortable open-plan living area. Couches and arm chairs sit before a huge stone fireplace which is flanked on one side by the writer’s working area and on the other by dining room table and doors to the rest of the house. The back wall, with a row of small high windows, showcases artworks above extremely long, low bookcases. The intelligentsia chic of it all sings the Frank Lloyd-Wright fashion of multifunction living space and Nigel Levings underscores this eloquently with a very artful lighting for, at its richest showing the changing hues of daylight through the high windows. When cold evening draws in and the fire is light, the scent of wood smoke gently wafts into the auditorium. It is a nice sensurround touch.

Jason Sweeney has added to the theatricality of the work with a soundscape which throws the odd startling thread of mood and wild crescendo into a world of endless talk.

In all, this is a fabulous State Theatre production.