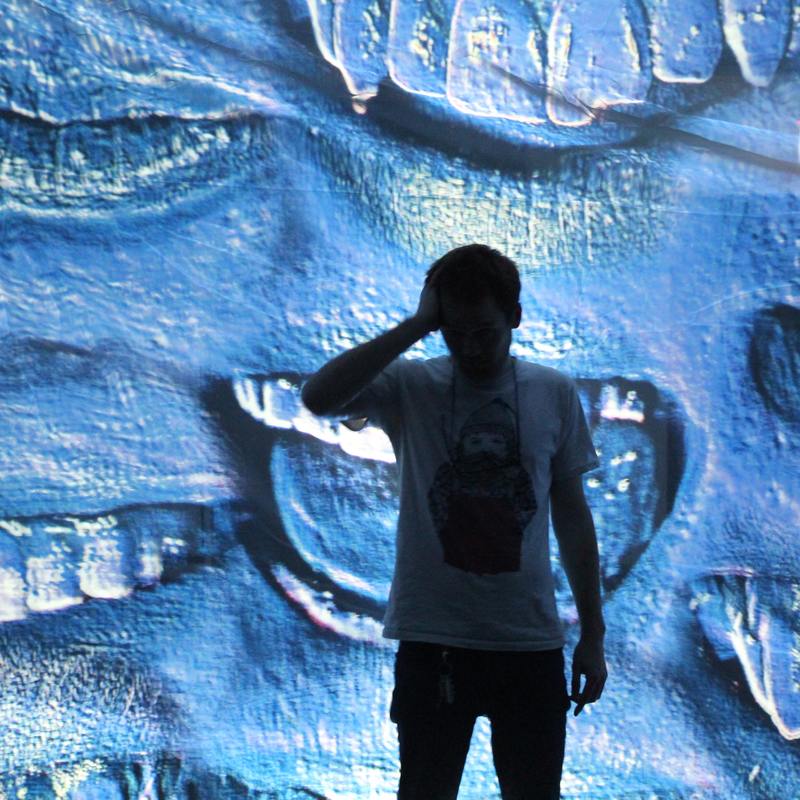 This is a 30 minute gem of a play by Claudia Osborne and Thomas De Angelis of the Sydney area, or thereabouts, and directed by Osborne. Wally, played with aching insecurity by Sam Brewer, reluctantly attends a party with his spunky housemates - or at least I thought they were housemates - created by Charlie Devenport and Grace Victoria. (I hope I got that right because for the first time in my experience, the program did not identify the actors.)

Wally isn't in the party mood - he just wants to be left alone - and his downward spiral toward anxious withdrawal is reinforced each time his mates ask, "Are you alright?" He is so much like myself, I was astonished. Sometimes at a party, I just want to disappear underneath the wallpaper.

A rather simple tale is superbly augmented by Daniel Harris's animation comprising back projection designed to interact with the performers, and with hugely enjoyable shadow play.

There is an enchanting scene where shrinking violet, Wally shifts to bug size and meets up with a couple of praying mantises urging him to return to the party and get off the grass. Bravo!

A delightful Fringe surprise that put a smile on my dial from go to whoa. Go see!