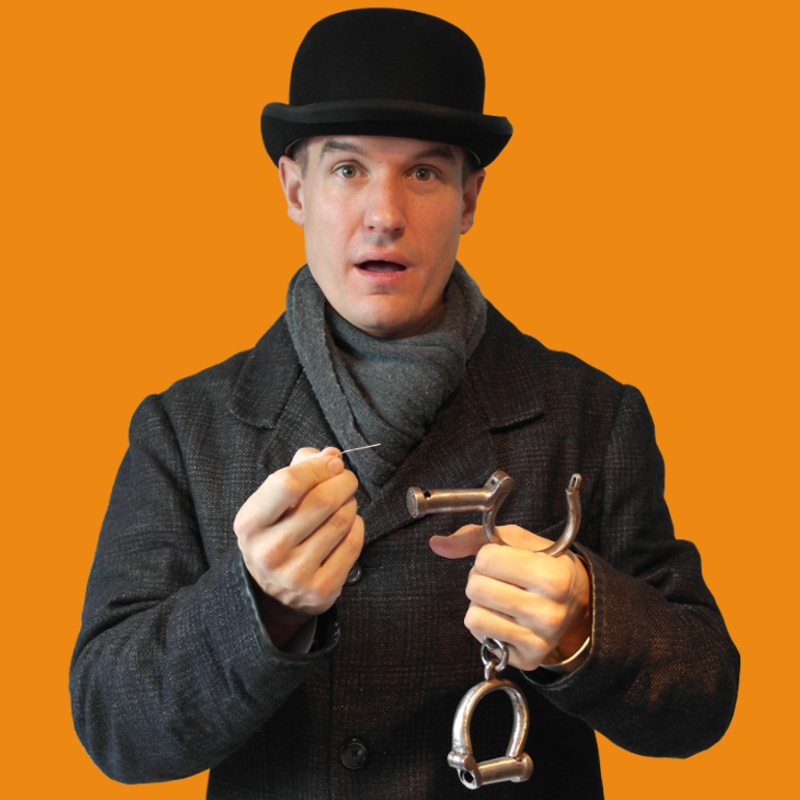 Playing an Edwardian lad in industrial Newport, South Wales, Daniel Llewelyn-Williams steps onto the stage rugged up in a heavy woollen suit and swaddled in a great big neck scarf. It is to the immense credit of his dramatic skills that he did not once for a minute appear to be hot working under lights on a warm night in the confined quarters of the Bakehouse Theatre. Sleeveless summery audience members, however, started to sweat just looking at his attire.

Llewelyn-Williams brings this solo piece to the Fringe under the Guy Masterson umbrella - which, for experienced Adelaide audiences, is a strong assurance it will be a quality piece.

Llewelyn-Williams is appealing on many levels. The story he brings is of a kid living in poverty in dismal docklands. He seeks nothing more than his father’s approval while knowing that his covert obsession with becoming a magician would devastate his dad for whom a grim labouring job is a respectable achievement. Thus does the boy describe his life and demonstrate his growing prowess at the art of magic, referring to the great Houdini's as the apex of all illusionist achievements.

The lad grows up as we watch. He tells of his dreams and fears. He tells of his hope to impress against the odds with an impossible feat. Audience members hold their breath as the narrative becomes more graphic and frightening.

The performer has us in his spell.

And suddenly an hour has gone and we have been treated to yet another brilliant piece of Fringe theatre.