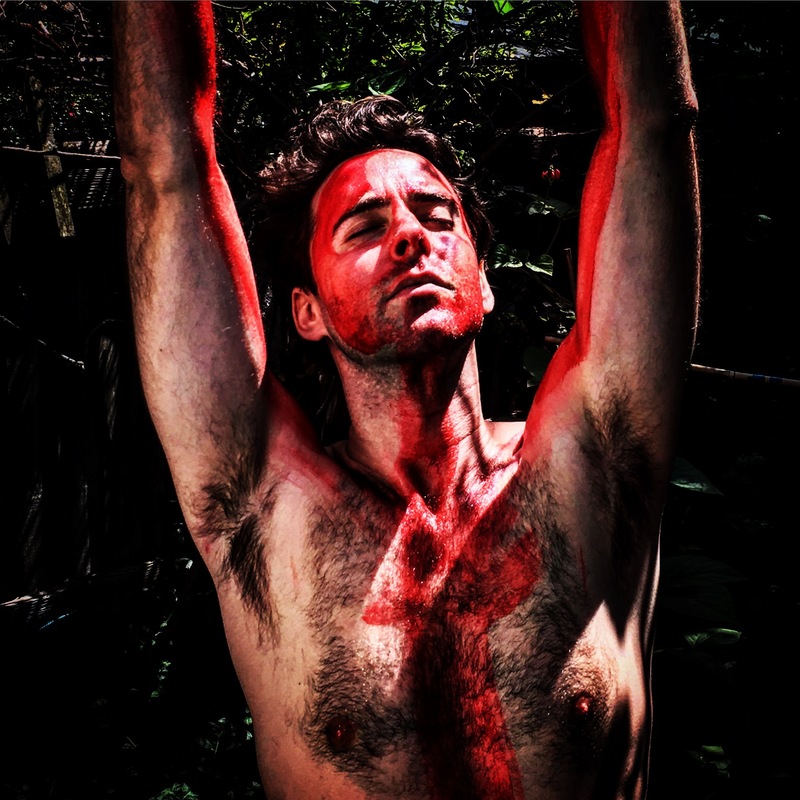 Holden Street Theatres presents in this Fringe a trio of Shakespeare-based one person/small cast - one hour adaptations: Signifying Nothing (Macbeth), Julius Caesar, and Henry V [Man and Monarch]. Shakespeare's Henry V of 1599 eulogises the eponymous Henry's tremendous victory over the French at Agincourt in 1415, and is the final play of his "king tetralogy" following Richard II, Henry IV, Part 1 and Henry IV, Part 2.

As the audience files in, a King is exorcising his anticipation of the violence to come on a paper cut-out of a human figure. Adaptor and actor Brett Brown has performed with Royal Shakespeare, the BBC, and even Opera Australia, and indeed, shows off a startlingly beautiful baritone voice in a few short bars. Too few bars. Under the direction of Philip Parr, the York International Shakespeare Festival's Artistic Director, Brown assumes the King through the major speeches of the famous play, with a superbly executed focus on those demonstrating the anxiety of the King before the battle, and his wonder at the contrast of his humanity and comradeship with his warriors against his awful responsibility of commanding these same men to die in his name. The famous St Crispin Day's Speech and reference to a "band of brothers" will make even the non-Shakespeareans among you sit up in your seat. Brown and Parr make imaginative use of a sparse set of props to heighten the drama.

While the many scenes of intimacy - and in the case of his ironic post-war wooing of the French princess, a relief of humour - are performed most tenderly, it looked like hard work rallying the troops when you are all by yourself. And while the performance is technically expert, I felt that Brown could have been more emotionally expressive - there was more room to be moved by the material.

For the Shakespeare lovers, and those who maybe won't ever avail themselves of the opportunity to see a full-blown production, this is still a must-see, and why not see all three Shakespeares at Holden Street Theatres?