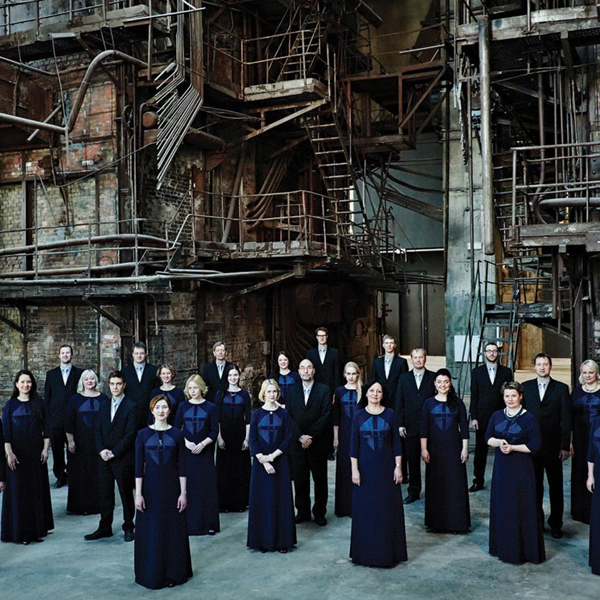 Apart from displays of superb musicianship and technical ability, the Australian Chamber Orchestra can also be relied upon for bold, innovative programming and a sense of theatre. Their concerts are as much to be seen as to be heard.

Arvo Pärt and Johann Sebastian Bach is not an obvious pairing, but Artistic Director Richard Tognetti’s programming for the opening concert of the ACO’s 2019 season is quite inspired and is all the more surprising because he, a confirmed atheist, has selected a program of mostly religious or at least spiritual music. The glue that holds the program together is the 26 strong Estonian Choir that sings its way through most of the program all the way to heaven in the wonderful aesthetic of the Adelaide Town Hall.

It’s almost impossible to read the printed programme during the concert, which is probably a good thing, because the auditorium and stage is often in semi-darkness. Tognetti uses lighting to create a chiaroscuro effect when needed to underline the mood of the music and to draw us into an induced state to better appreciate the intentions of the composer.

With the choir arranged shoulder to shoulder across the stage in two tight ranks, the concert begins with a moody performance of Pärt’s Da pacem Domine. At its conclusion, the choir peels off to the sides to reveal a reduced ACO as they form two choirs in preparation for Bach’s Komm, Jesu, Komm, BWV229. The choreographed movement of the choir is accompanied by a lighting change which marks a movement some 200 years back in time. The vibrancy of Komm gives way to Pärt’s Summa which is an early expression of his so-called ‘tintinnabuli’ style. In it there is mathematical precision which, strangely, imbues a sense of liberation.

To round out the first half of the programme there is a swift and abrupt transition to four Bach motets: BWV225, 226, 229 and 230. These motets employ two standard SATB choirs which show the Estonian Choir at its very best. Precision, articulation, and finely tuned balance – especially in the alto and bass sections – allow the inherent joy of the four pieces to shine forth. All the time Tognetti’s conducting is precise and clear.

The linkage between Bach and Pärt is made more evident with an almost robust performance of Pärt’s Toccata from Collage on B-A-C-H. The mostly period instruments of the orchestra seem a perfect platform for the contrasting blend of baroque and modern minimalist styles that characterise the piece. Two more Bach motets (BWV 226 and 230) give way to Peter Sculthorpe’s Djilile, which was inspired by Indigenous song, and Estonian composer Galina Grigorjeva’s In Paradisum. The honeyed solo cello work of Timo-Veikko Valve in Djilile is spectacular, and the astounding clarity of the vocal lines in In Paradisum almost makes it sound as if we are listing to just a handful of voices.

The highlight of the eventing is an uplifting performance of Pärt’s Berliner Messe that highlights not only the musicality, passion and technical excellence of the musicians – singers and instrumentalists alike – but also reminds us of the genius of Arvo Pärt and how important a composer he is. In lesser hands, the exactitude in the composition might be perceived as pleasant but thin and tending to weariness, but Pärt instead invokes a heightened response from the audience that traverses tranquillity, entrancement, as well as moments of focussed passion. Noting that the composition was originally scored for choir and organ, the drone of the cello and bass in the exquisite Gloria very much imitates an organ, which is testimony to the appropriateness of the orchestration and to the skill of the players. The solo tenor and baritone vocalists in the Erster Alleluiavers produce some beautiful sounds, and the ‘tintinabuli’ effect of the altos and tenors in the Credo is a vocal highlight of the evening.