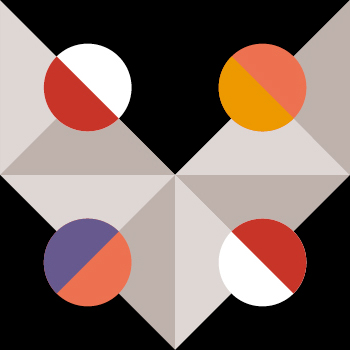 If a gala concert is meant to be something special, then the Adelaide Symphony Orchestra’s 2019 season opening concert is that and more.

The stage of the Festival theatre is enormous, but the mighty ASO fill it to capacity. There are instruments infrequently seen, such as the tenor tuba, bass oboe and celeste, and infrequently see or hear, such as the Adelaide Festival Theatre Silver Jubilee Organ (which is played off stage). There are two harps, two sets of timpani, and an extended percussion section. And…..concertmaster Natsuko Yoshimoto plays for the first time on stage the million-dollar Adelaide Guadagnini violin! (She was recently named the next custodian of the coveted instrument.)

The program is a complete crowd pleaser, and includes Finlandia by Sibelius, Piano Concerto in A minor by Grieg, and The Planets by Holst. It is deliberately a populist program and one that some might look down on as being a little ‘low brow’, but it is full of interest and proves the point that live music always pulls something out of the bag.

Guest conductor Benjamin Northey is in blistering form and shows exactly why he was the winner of Limelight Magazine’s Australian Artist of the Year: People's Choice award. His reading of Finlandia is spirited and almost visceral. Northey wondrously contrasts the composition’s sweeping melodies with its spiky sonorities and jagged rhythms. He unrelentingly breathes new life into the ever popular work horse that is Finlandia and overcomes the uncompromising acoustic of the Festival Theatre.

Simon Tedeschi tosses off the Grieg piano concerto almost with abandon, as if it is his play thing, and it very nearly is. His treatment of the closing cadenza in the first movement elicits a spontaneous outpouring of appreciation from the sell-out audience – yes, a sell-out, and that’s nearly 2000 people – and Tedeschi flashes a smile by way of acknowledgement and thanks, and perhaps recognising that he has done well, very well. His pedal work in the beautiful middle adagio movement is just perfect, and he coaxes the most exquisite tones from the Steinway grand. Northey clearly enjoys what he is hearing and the two glint and smile at each other throughout. No sooner has the last crashing chord sounded at the concerto’s conclusion and the audience is wolf whistling and cheering. It is rock star stuff, and to cap it off Tedeschi gives an encore that is a jazz-inflected mash up of themes from Grieg’s Peer Gynt Suite finished off with a nod at the A minor Concerto’s opening theme. He cheekily gives every impression that he is improvising at the start but this is bravura performance with brazen leaps in the left hand played at dizzying speed and with mind numbing accuracy. It is sassy, it is brilliant, and the crowd lap it up.

The Planets is a show stopper, and even though Holst apparently was surprised, even bemused at how popular the piece became, it is surely one of the most spectacular orchestral pieces to both see and hear. Where the Sibelius and the Grieg don’t employ the full force of the orchestra, the Holst does. It is an awesome sight to behold. There are many highlights and at the conclusion Northey acknowledges every principal player and every section. Yoshimoto’s solo violin work in the second movement (Venus, the Bringer of Peace) is sublime. Adrian Uren is particularly impressive on French Horn, as is Simon Cobcroft on cello, and Peter Kelsall on organ is not seen but is certainly heard! The Aurora Young Adelaide Voices under the direction of artistic director Christie Anderson are faultless and serene in the closing movement Neptune, the Mystic.

The only downer in the whole evening is a pesky flood light that keeps fading in and out on the horn section, but they don’t care and just get on with it!

A fabulous concert! If this is the standard one can expect for the rest of the season, it’s going to be a fabulous ride. Got your subscription tickets yet? Better not delay, apparently they’re selling fast.