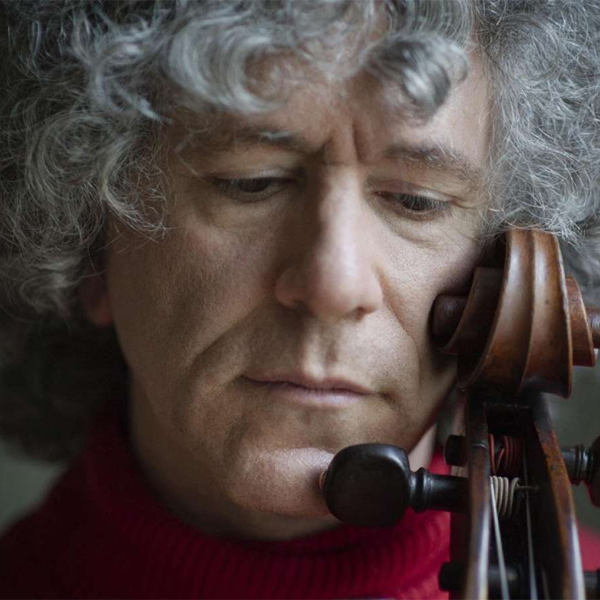 Imagine living in fear that the forces of evil will knock on your door in the dead of night and secret you away to an uncertain fate far from everyone and everything you know. This feeling, this threat of terror, is at the very heart of Dimitri Shostakovich’s Cello Concerto No.1 in E-flat and Elena Kats-Chernin’s A Knock One Night. Including them on the same program is a stroke of genius by Director Richard Tognetti.

Steven Isserlis, one of the world’s very best cellists, gives an impassioned reading of the Shostakovich. He rarely looks at his sheet music, and when he does, he turns a bunch of pages at a time. He probably doesn’t even need it: perhaps the sheets are his version of Linus’ security blanket? When watching Isserlis play, one is not only struck by his wild mop of curly hair but also by his eyes, which are like black holes (in the cosmological sense). He captures the entire audience with his gaze, and there is no escape. You are his plaything until he has finished with you. You are transported to a different dimension and then perfunctorily returned when he has finished playing. In the case of the Shostakovich, we are taken to a very dark place indeed, where humanity struggles to remain buoyant. But the composition also has quite transcendent moments, and the dialogues between the cello and the clarinet, and then the horn and oboe, are painfully exquisite. It is fitting that Isserlis acknowledges the principal players during the bows.

The concert begins with a word première performance of Movements (for us and them) by Samuel Adams, whose father is John Adams, the famed contemporary American composer. The composition is unmistakably American, and to one’s ear there are reminiscences of Copland and Ives. Scored for string ensemble, it is grounded in robust melodies that evolve and move with compelling momentum towards its conclusion. Tognetti sets a fair pace for the work and keeps the orchestra up to the mark with his idiosyncratic beating of time with his violin bow.

Not only is Movements a world première, but so too is A Knock One Night, and it is particularly special to have the composer in the audience. Set in four movements, the composition explores the flight of a family from a home that has become unsafe, half way around the world to Australia. The second movement, entitled Knock, evokes the same dread that the Shostakovich does, but it resolves itself in the third and final movements with lush pastoral, carefree and joyous melodies.

The final piece for the night stands in stark contrast to everything that comes before it. Haydn’s Symphony No.104 in D (London) is his very last symphony and for many considered to be his best. As good as the Shostakovich was, and as pleasing as the Adams and Kats Chernin compositions were, the Haydn perhaps has an edge on them all. In the hands of Richard Tognetti and the Australian Chamber Orchestra, the two hundred and twenty year old composition is imbued with an unexpected and astonishing freshness that surprises everyone. The orchestra plays it with smiles on their faces and with animated feet – it is joyous.

As the very large audience files out of the auditorium at the end of the concert, one concertgoer is overheard to say “Haydn to the rescue”. This may have been a backhanded compliment about the programming – which one thought was just perfect – but whatever was the intended meaning, it is clear that Tognetti and the ACO’s performance of the Haydn was absolute perfection.