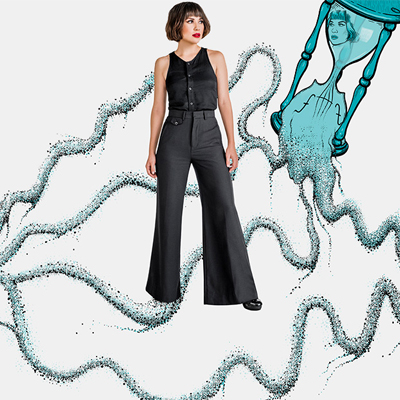 Glass, Dean and Mendelssohn. Interesting bed partners, and without them being placed into context, the programme could easily have failed. It didn’t, and the concert was an outstanding success, on a number of levels.

In her opening remarks to the audience, cellist Sharon Grigoryan remarked that Brett Dean’s String Quartet no 1 Eclipse was “difficult to play and difficult to listen to”, and she was right. The piece was Dean’s deeply personal response to the so-called Tampa crisis of 2001 which saw the captain of MV Tampa rescue a boatload of refugees in the Indian ocean and his subsequent showdown with the Australian Government. How does one respond musically to such an event? How does one respond to hearing such a piece of music? One thing is for certain, Dean’s response is complex and not pretty, and knowing the composition’s provenance makes it compelling to the listener.

The near ‘eclipsing’ of the humanity of the refugees by the Australian Government is made evident through the strident and eerie music, and the members of the ASQ brought their misery and dire predicament to life again.

Dean’s quartet was preceded by a near hypnotic reading of Philip Glass’s String Quartet No 3 Mishima. This quartet is also a programmatic composition, but knowing ‘the story’ makes little difference to one’s enjoyment of it. Glass is Glass. His music is minimalist, it is beguiling, it is melodic, it barely has a narrative, and it can be anything you want. The ASQ played it on a pale blue dimly lit stage, and they seemed to float before our eyes. It was a perfect prelude to the story of the Tampa that followed without a break.

Following the interval, Mendelssohn’s String Quartet in D op 44 no 1 returned us to normality. The lush melodies and obvious classical structures allowed us to push Tampa aside, and all with the world became good again. But after we had left the auditorium the doubts came creeping back into one’s mind: the lilting but incessant melodies and rhythms of Philip Glass were pushed aside by the jarring and stabbing sonorities of Brett Dean, and Mendelssohn was unable to give us traditional comfort.

What a remarkable concert from a truly outstanding ensemble of beautifully matched musicians.