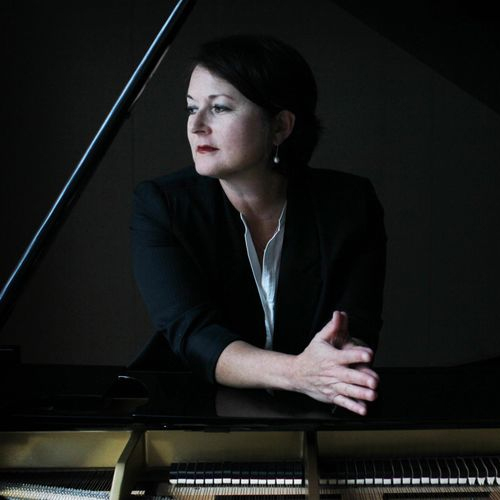 Beethoven by Ballot is the first in Kathryn Selby’s chamber music series, Selby & Friends, in 2018. Last year’s subscribers voted as to what they would like to hear in today’s all-Beethoven concert, and they chose Allegretto for Piano Trio in B-flat, WoO. 39, the joyful and melodic Violin Sonata No.5 in F Spring, Op.24, the passionate Cello Sonata in A, Op.69, and the ever-popular Piano Trio in B flat Archduke, Op.97. (Actually, Selby chose the Allegretto, not the subscribers, because she wanted to start the concert with something for the entire trio.)

Kathryn Selby is a consummate musician, and her right hand is pure gold. In the Allegretto she extracts clarion-clear bell sounds from the Steinway with almost imperceptible effort, and this exquisite delicateness is echoed by Grace Clifford on violin. All the while Clancy Newman keeps sentinel-like watch over the performance space with a sideways glance towards Clifford while keeping Selby in his peripheral vision. The communication between the three is palpable.

Clancy retires temporarily from the stage leaving Selby and Clifford to play the Spring Sonata. Again, Selby’s command over the gentle right hand melody line is almost transcendent and Clifford responds with beguiling refinement that radiates youthful innocence. Clifford’s phrasing is exquisite, with gently singing melodic lines almost rising out of nothing.

The Cello Sonata, to my ear, is one of the high points of the chamber repertoire, and today’s performance is world class. Newman is aggressive in the first movement and he circles the second as a wrangler does a spirited horse in the process of breaking it in. His body language is fiery and poetic and his cello sings with articulated passion. Selby controls the pace and the syncopation and works with Newman, hand in glove, with each having their turn in the limelight in a true partnership. Their performance is as much an outstanding visual experience as it is aural.

The concert rounds out with a fine performance of the famed Archduke trio. The relative tempos of the four movements need to be well controlled, and when they are the contrasting moods and rhythmic and tonal complexities come to the fore. Selby establishes a well-considered allegro tempo from the outset that allows the violin and cello in the second movement to be well articulated and have a lightness that sometimes is missed.

“Chamber music at its best” says the advertising promo, and that is not far from the truth. This is an outstanding concert at every level, but for my taste the bravura performance of the Cello Sonata is the standout.