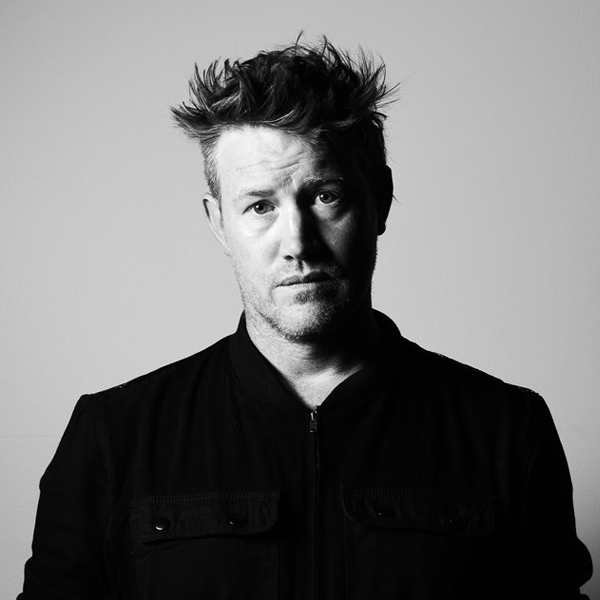 Eddie is oh so perfect for what he does. Pictured in the Adelaide Cabaret Festival program cuddling with his two sleepy daughters on what looks like a city train, Eddie is your ‘everybody’. He writes and sings about his immediate surroundings. No topic is too small; we are treated to songs about taking out the bins and fledgling birds struggling heroically against dogs and wheels and running shoes. And no topic is too big, like Broadway’s King Kong The Musical. After writing the King Kong and Beetlejuice musicals for Broadway more or less simultaneously, escaping the virus in New York and fleeing Melbourne between lockdowns, Eddie sees the CabFest as the Perfect moment to reflect on the crazy last three years.

This is a cozy and intimate affair, a chat with an old friend who has been through a lot and grew wiser for the experience. Accompanied by cello and violin played with great syncopation to Eddie’s piano – all three looking retro in jumpsuits – Perfect generously sets up each song with a tangle of memory, humour, wisdom, and wistfulness that the fact that only about seven songs are performed is totally forgivable. The night is more about friendship than showmanship. Even his attention-seeking quivering quiff is forgivable.

The journey begins with his dream of writing a Broadway musical. After numerous sojourns to The Big Apple, he offered to write two songs for Beetlejuice as a test of his talents, and he got the gig without even a meeting! Eddie plays the song for Lydia that won him the job and the opening number that was cut by the Warner Brother bosses. These songs, made for a giant stage with huge cast, are wonderfully arranged for a musical trio. The musical garnered eight Tony Award nominations, including Best Score which is specifically directed at Eddie. He composed a thematic four-minute musical pitch for the ceremonies - The Whole Being Dead Thing - that was so compelling it has had over 1,000,000 playbacks on YouTube. Beetlejuice, ironically, a show about dealing with death, was still going strong when it was closed mid-stride due to COVID.

Eddie gives near equal time to the King Kong experience which he relates as a personal failure. Yet, he was brought in at the last minute to resuscitate the production after Broadway luminaries like Jason Robert Brown fell to the wayside. It grossed $1 million in its first week and played 324 performances.

On the way between theatre and home, his observations on bins and birds are turned into lyrical dramatisations which at first seem overblown for the topics but are so musically accomplished one imagines they must be made of less suburban stuff. But that is the magic of Eddie – he is one of us with one hell of a mirror. He is the boy from St Bede’s of Mentone who applied his prodigious talents to writing and performing in musical theatre, co-directed the Adelaide Cabaret Festival (2016-17), then dreamed of Broadway and made it.

P.S. His relationship to critics is complicated. While claiming that you have to live with it, he performs Death To Critics in a suitably accented voice. It’s a hilarious rant from a frustrated creative, which apparently will one day fit into a new revenge musical. Can’t wait!