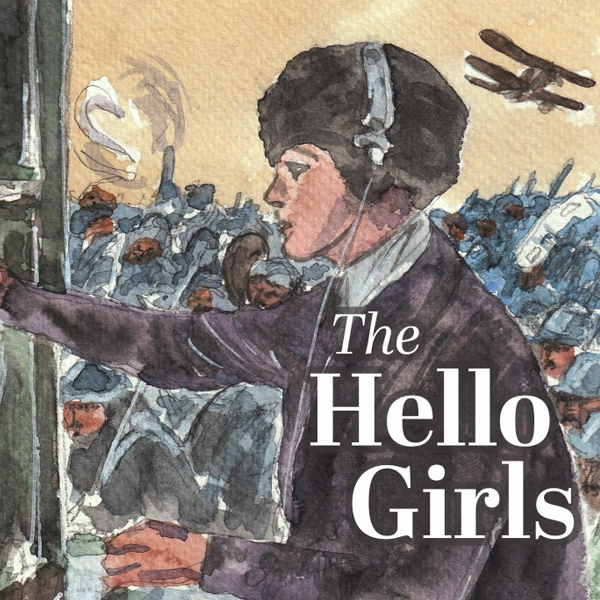 Adelaide is coming apart with stunning non-professional productions. The Hello Girls is another one. People stood, whistled, and whooped as the cast took the curtain of The Hello Girls on Friday, and it wasn’t even opening night.

Indeed, so engaged had the audience been with the truth-based story of World War I American front-line phone operators that it cheered and applauded when one of them was pinned with a Distinguished Service Medal as part of the storyline.

Fair enough. Not only was the character fully deserving of distinction for her work in combat conditions in France but also the performer who today is embodying her on stage was doing so impeccably.  The character is Grace Banker, head of the army switchboard team and the performer is Rebecca Raymond, an elegant and highly accomplished singer with the acting skills to command the stage absolutely.

The story of war-time switchboard operators rallied at the command of US General Pershing seems very unlikely for a musical but Peter Mills with wife Cara Reichel have turned it into a big, beautiful and dramatic musical. Therry’s production is its Australian premiere.

It follows Grace and her team from their enlistment in New York through to setting up phone exchanges in Paris and then in the face of fire on the western front. Unlike everyday soldiers, these professional telephone operators were lightning fast and also bi-lingual. They all had to speak French and be quick learners of code since they were to become key to communications of military movements and strategies in France.

David Lampard has devised a strong, versatile wooden set with a raised platform beneath which war action can take place. The movement of sets of stairs and props enables scene changes. It is very economical and effective.

Director Amanda Rowe has ensured not only the tight timing and high calibre of the cast but also of all the other production values: sound; choreography; costumes; hair; lighting; and, under musical director Mark DeLaine, a fabulous nine-piece band. It doesn’t get much better.

There is a very eye-catching performance from Eloise Quinn-Valentine as the perky French teenager who has lied about her age and, together with fellow operators embodied by Cassidy Gaiter, Michelle Davy and Jenny Scarce, there is just a wealth of excellent singing and well-balanced harmonies.  Tenor David MacGillivray plays the American captain at first embarrassed that he is in charge of a group of women phone operators. The interactions with his charges are core to the tension of the plot and MacGillivray is heart-breakingly astute in his evocation of this development. One can feel his emotions for every moment he is onstage. Nicholas Setchell may not be gifted in American accents, but he lends size and authority as Pershing while Jared Frost, Jared Gerschwitz, and Deon Martino-Williams are absolutely sterling both as soldiers in the fearful face of terrible war and in the lighter moments of  song and dance.

One hears that bookings are high for this show so the recommendation is not to hang around thinking about seeing it but to grab tickets while you can.  It is a fabulous new musical and a masterful production.