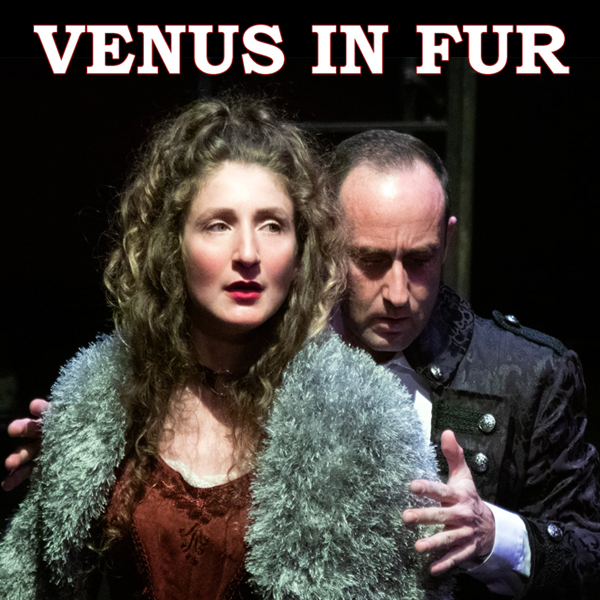 Our protagonist, Thomas Novachek, played by Marc Clement, has had an unsuccessful day auditioning lead females for his play based on a 1870 novel entitled, Venus In Furs, by Austrian Leopold von Sacher-Masoch. Interesting factoid: fellow Austrian and psychiatrist Richard Freiherr von Krafft-Ebing applied the new term “masochism” – derived from Sacher-Masoch’s name - to the sexual anomaly “because the author Sacher-Masoch frequently made this perversion, which up to this time was quite unknown to the scientific world as such, the substratum of his writings.” Of course, Sacher-Masoch had some personal experience with the phenomena. Have I your interest yet?

There is an apocryphal story that a young and unknown Barbara Streisand came into an audition room, bumbled around and acting like an airhead, took her chewing gum out of her mouth and stuck it under the stool, sang her heart out, retrieved the gum and left. They didn’t know what hit them. The audience gets this same sensation when Stephanie Rossi creates a sassy and vivacious Wanda Jordan who bursts into Novachek’s funk for an unscheduled audition, late at night, during a thunderstorm. She is a hurricane in high heels and for a large part of the play sports more of her luxuriant natural curls than covering clothes including the eponymous fur.

Rossi, Clement and former Head of Acting at NIDA, Tony Knight, director of this little ripper are a tried and true trio of the stage – this being their eighth production together. Tony Knight is a Jedi Knight of theatre and paces the pair through an unrelenting – nearly exhausting – rocket ride of changing status and hierarchy reminiscent of Sleuth. As auditioner and auditionee sensationally read the saucy play, Novachek succumbs to his play’s goddess’s appeal and Sacher-Masoch’s kind of fun. Clement’s face as playwright Novachek light up with excitement at Rossi’s Wanda’s virtuosity and creativity with Novachek’s script, yet Novachek is curiously inoculated against her sexual charms, save his slow boil submission to her. The acting is simply marvelous – breathtaking really. Clement has his earnest Novachek but also his subconscious to reveal. Rossi’s Wanda is herself an act designed to do Novachek’s head in. American playwright (the real playwright) David Ives’s intelligent play takes the Classicist theme of goddess worship into the ambivalent world of kinky sex to examine the challenges of gender equality we face today. And Rossi, Clement and Knight did exactly that in a most graphic, provocative, salacious and entertaining way. Bravo!

PS - Knight and Rossi need to review their program bios. Knight writes that Frankie and Johnny in the Clair de Lune was STARC’s eighth production (actually it’s Venus In Fur if you include Toyer) and Rossi says that STARC’s first production was last year (actually it was 2018).