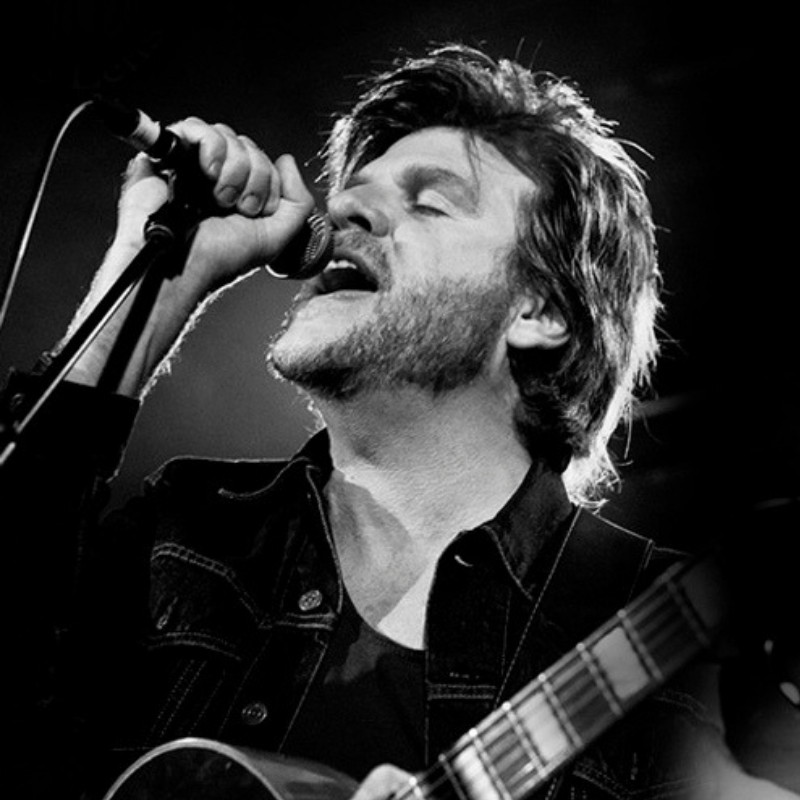 This really was quite something: Tex Perkins as himself, running through a catalogue of the swampy blues he loves, in the company of a musician as talented as Matt Walker.

In front of a full house Perkins was comfortable and in control; the showman in his natural environment, even when his concentration was being sorely needled by the incessant huckster calls from the venue adjacent. He has a stage presence which Walker does not, and the two combined effortlessly in their strengths.

Having said that, Tex Perkins is no guitarist, a fact he ruefully acknowledges as he hams up a single string solo in Whenever It Snows.

And so to the music itself: a run through the lives and loves of Tex Perkins (real name Greg), who arrived in Sydney from his hometown Brisbane sometime in the 1980s and immediately began carving out a reputation. To my delight he included Marguerita (written with Danny Rumour, later a band-mate in the Cruel Sea) and a slice & dice version of Psycho from the Beasts Of Bourbon debut album The Axeman’s Jazz. Perkins introduced the song as “the first song I ever recorded”, which I suspect was not entirely accurate. Thug perhaps claimed that honour.

No matter. This was a warm evening’s entertainment from two of the best in the business. Walker employed some gorgeous style in his 12 string guitar backdrop to Pay The Devil His Due, and Cruel Sea aficionados got two of the best; Anybody But You and The Honeymoon Is Over. For fans, this really was a show to savour.

It may be that this review is best read as a companion piece to that of fellow luminary Tim Rogers of You Am I fame.