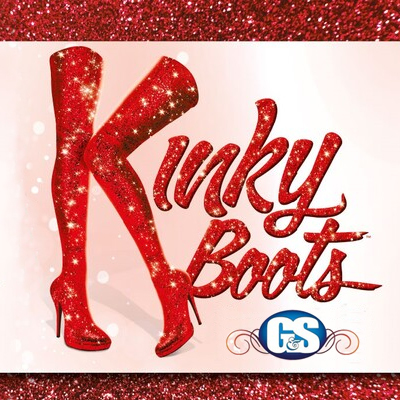 Drag queens wear very high heels. They prance and pivot on perilous platforms. They are big and bodacious from top to toe. But, having the substance of male bodies beneath the bling, they do need heels which are as strong and safe as they are glamorously high.
Hence, the tale of Kinky Boots.

Man inherits failing north-of-England shoe factory, encounters a drag queen with a broken stiletto, and comes upon the idea of manufacturing specialised footwear for men in frocks. Of course, as the story is written by Harvey Fierstein in this popular Broadway musical, it doesn’t happen without lots of hurdles of tolerance and emotion. The factory workers are a diverse crowd and their boss, Charlie, is on a massive learning curve when he brings Lola, the drag queen, into the business.

It is a heart-warming narrative, a healthy modern-day morality tale adorned by the vivid exuberance of a troupe of drag queens. And, let’s face it, there is nothing to colour life more upliftingly than a drag queen or ten. The show, premiered in South Australia with this production, had winner written all over it before Cindy Lauper wrote the music and lyrics. She might have gone a bit overboard in that department. There are some very long and demanding songs.

There are also some fabulous dance numbers. It’s a big show about big people.  That director Gordon Combes has blind-cast a diminutive Filipino performer in the principal role of Lola speaks very highly for the skills of Ron Abelita who sings, acts and dances his way over this proportional disparity and into the hearts of his audience. He’s adorable.

Also adorable is Ian Andrew as Charlie, the factory owner. His movie-star looks and his clean and powerful tenor voice make him an aptly pleasing presence. Charlie’s emotional strengths and dilemmas are core to the show’s credibility and Andrew supplies them all with boots on, so to speak, albeit he may never make a dancer.
Thus, with powerful principals and Paul Sinkerson directing a fabulously capable band with perfect sound balance between singers and instruments, G&S may brag another production of excellence.

There is massive cast onstage and some arresting support performances, not the least of them from Jemma McCulloch, Warren Logan, Ruby Pinkerton, Vanessa Lee Shirley, and James McCluskey-Garcia. As usual in a G&S show, the ensemble is made up of good voices giving strong choral backing. But, in this show, there also are the Angels. They are the six-strong drag queen troupe who high-step and sing, twirl and kick and flick their fancy tresses. Thomas Brodie Phillips is stand-out. Their costumes are not up to Priscilla standards but they make up for it with immense eyelashes and their own style of va-va-voom.

Not surprisingly, after the funny, razzle-dazzle closing number, the opening night audience members sprang to their feet in acclaim.