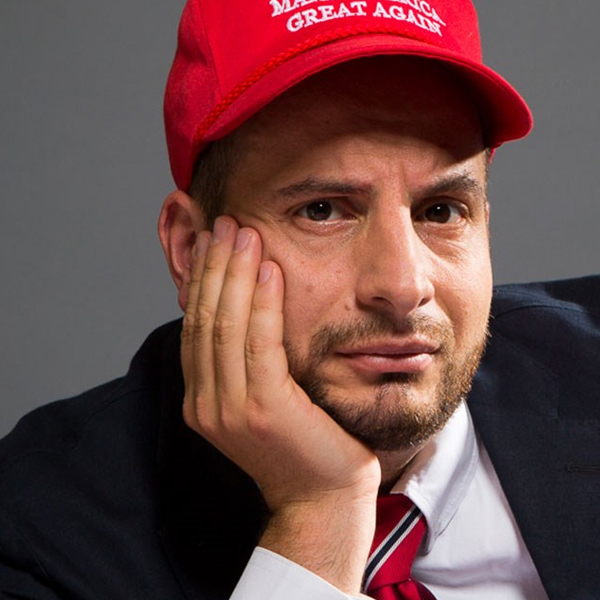 If one thought the days were over when wonderful eastern-states talents deigned to come to Adelaide to tell us what a crap backwater the place is, one may think again. They’re here. Brilliant satirists, “Australia’s best comedians”. Actually here in this comatose dead end of nowhere. To tell us about us.

They have described their “panel” show as “so biting it was like Q&A on crack”. Wow.

It is masterminded by one Dan Ilic who whips the audience up to laugh at his three introductory “jokes”. He then laughs like a drain through the rest of the show to demonstrate how incredibly funny the others are. It is a long hour.

Oddly, they are technically not all out of towners at all. Some are locals with high cringe factor. They think it's hilarious that Adelaide spends so much money on sand reclamation for the beaches and, did we know that Semaphore beach is just too far to walk to the water? Hilarious.

Fact. No one comes to Adelaide. The only reason is the ‘earthy’ wine and since we export it interstate, there is no reason to come. Hahaha.

Luckily, there were a couple of tables of guffawing anti-Adelaiders out there in the darkness to save the performers realising that this was a show dying on its chic feet of eastern podcasting.

They had some really sophisticated takes on climate change. The return of retro diseases, for instance. They will knock out the elderly and everyone can inherit houses. Oh and what a hoot. Researchers say that unimaginable lethal pathogens may be on the rise. Researchers? Who would believe that? Hilarious. The panel members each had a chance to stand up and give a speech. Isn’t Corey Bernadi awful? LOL. The F35 fighter plane is the Collins craft submarine of the air. ROFL

There was the deadpan former nurse whose humour lies in her indifference to everything. Planet is dying? Yawn. Hahaha. There was a leftie who chorused interminably the political discovery that one should "always back the horse called self-interest". Poor thing kept on and on referring to the Sunrise TV show and wondering why the audience was not getting the references. Wrong demographic, mate.

In a burst of research, one of them googled "Adelaide and actors" and discovered that Mel Gibson and Geoffrey Rush once came here. That’s the Festival city’s arts history.

Some earnest references to World Refugee Day and a barely audible Skype interview with someone on Manus Island. We hate refugees says our inspired host. They are high achievers. hahaha

There was a ray of light on the show. Bridie Connell and Wyatt Nixon-Lloyd, Aria award winning comedy song writers, sang some really pithy, edgy and relevant satirical songs. Actual satire. Funny. They saved the day.

Of course, their secondary brief was to ask the audience for things Adelaide hates about Adelaide for a song they would write backstage while the audience was being insulted by the panel. Apparently we don’t like tea bags, incest, churches or supermarkets not opening at Easter. They sang a decent little mashup song to that end.

It has been a big, beautiful, interesting Cabaret Festival and one realises that not everything can hit the mark. This was the show to prove the ‘you-can’t-win-‘em-all’ point.

Look out Hobart. They warn the have even more disdains to throw your way if you’re ever silly enough to invite them. Can you throw a MOFO dark enough for their insolence, do you think?