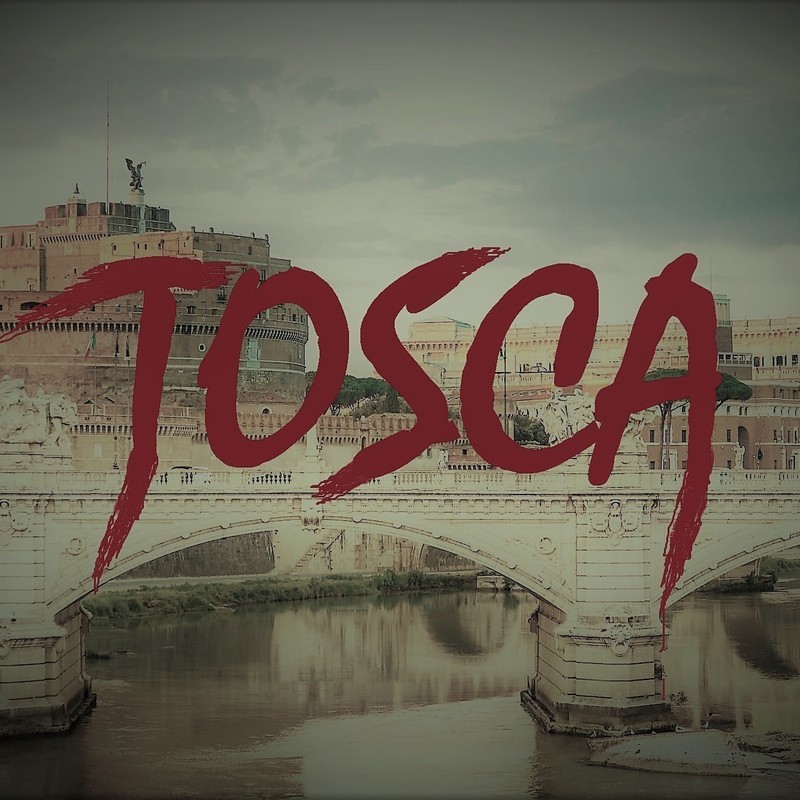 This performance of Puccini’s much-loved opera Tosca by Mopoke Theatre Productions is one out of the box. It is terrific.

Mopoke is a relatively new theatre company and is known for its pared down productions that get to the very heart of the art. Pared down in terms of scenery, costumes, set dressings and lighting, but strong on style, passion and integrity.

Tosca is a story of tested love. Tosca is a celebrated opera singer who is in love with handsome painter Mario Cavaradossi, but she is ever jealous that he is seeing other women, which he is not. Mario assists escaped political prisoner Angelotti to avoid recapture by the evil Baron Scarpia, but by doing so he places himself in grave danger. Scarpia arrests and tortures Cavaradossi to give up Angelotti, but he refuses. Scarpia instead tries to get Tosca to betray Angelotti in return for Cavaradossi’s release, but Tosca murders him in trying to defend her honour. From there it all goes pear shaped and doesn’t end well for anyone! Its grand opera at its best!

In the title role, soprano Joanna McWaters is excellent. She plays the taunting coquettishness of Tosca superbly, and her vibrant voice is well suited to the aria Non la sospiri, la nostra casetta (Do you not long for our little house). Her scene with Scarpia in Act 2, as she fights for her honour, demonstrates her well-honed acting abilities. Her Vissi d'arte, vissi d'amore (I lived for art, I lived for love) in Act 2 is a highlight, but slightly overpowered.

Andrew Turner sings Cavaradossi, and does it with convincing style. Like McWaters, his fine acting skills are evident, especially in Act 1. His final aria E lucevan le stele (And the stars shone) tests him, as it would do any tenor, but he is convincing and the audience’s collective heart breaks for him.

Joshua Rowe is truly menacing as Scarpia and he looks and sounds the part. His wonderful baritone voice is well suited to Scarpia’s signature aria Già, mi dicon venal (Yes, they say that I am venal), and it is another highlight of the production.

Rounding out the cast in the smaller roles are Daniel Goodburn (Angelotti and Spoletta), and Rodney Kirk (Sacristan and Sciarrone), who injects character and humour into what he does.

Hearty congratulations also go to Music Director Andrew Georg who excels at the piano throughout. The piano is the sole musical accompaniment in this production, and he amply demonstrates why he is a Geoffrey Parsons Award winner. His accompanying is empathetic, encouraging, and beautifully nuanced. It matters not that we aren’t listening to an orchestra. He does it all.

Nicholas Cannon’s direction is very capable. One can see his thoughtful influences throughout, particularly in Act 1 which seems slightly more refined than Acts 2 and 3.

The intimacy of the church amplifies the experience and one feels so close to the action that it borders on voyeurism!

This production is definitely worth seeing. There are two more performances: Thursday 21 and Saturday 23 February.