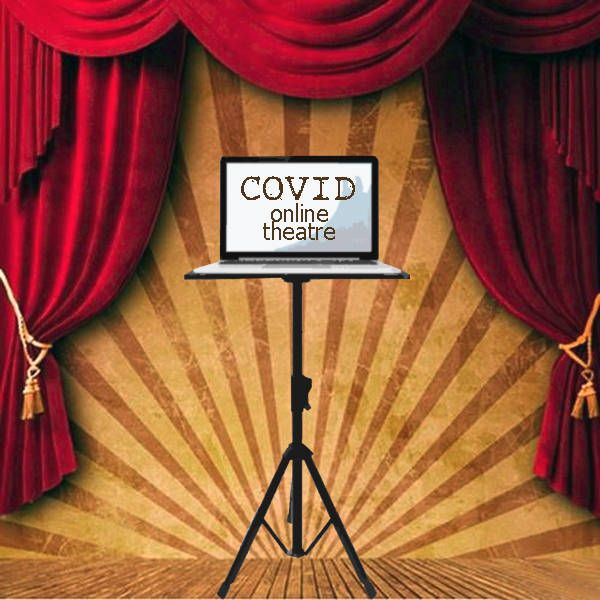 From a world of confused, demoralised, and struggling theatre people at the height of a terrifying pandemic, arises an enterprise of absolute genius - Decameron - 2.0.

No arts crowd anywhere in the world has managed to create anything as ingenious and ambitious in response to the pandemic which has closed theatres and put the arts industry out to pasture in penury.

The State Theatre Company of SA and ActNow Theatre found their inspiration in the distant past, in the idea of what others had done in similar fearful lockdown generations ago.

The Decameron was created by 14th Century Italian writer Giovanni Bocaccio in response to the 1348 Black Death epidemic which scoured and terrified Europe, just as Covid-19 is doing to the world in 2020. People tried to escape it by hiding away, just as we have done. Boccacio invented a group of 10 people locked down in a villa outside Florence. To pass the time, he had them tell each other stories; a hundred in all.

Boccacio’s book has survived the centuries. For a long time, back in the bad old days of Australian literary censorship, it was banned. It was way too naughty and raunchy for the wowser era. It was sold illegally under the counter at bookshops right up until 1973.

While Boccacio created the Decameron alone, our theatricals have used his concept to rope in, employ, and give exposure to the bright and brave talents of the Adelaide arts world.

There is a vast array of people who have been employed in the cause of this emancipated enterprise: writers, actors, directors, camera people, and designers.

These many Adelaide arts workers have been working like crazy. From the concept to the realisation, it has been a pressure cooker, everyone working to order on the weekly themes of Decameron 2: love, loss, ambition, and duplicity.  Ten weeks of ten self-contained works. A hundred highly individual, highly relevant monologues.

Monologues and solo performances have been the name of the game in this Covid time. The Zoom application has been the ideal solution to social distancing, giving everyone the ability to perform from home.

Musicians in lockdown took to Zoom with seeming relish, coming up with huge, multi-windowed orchestral performances, incorporating classical musicians from all over the world.

On the theatre front things were a little slower. Theatricals were at first paralysed by the loss of their stage, not to mention the chemistry of a live audience. Their cries of pain resounded around the Western world: dark theatres, cancellations, no touring shows, no programmed blockbusters, no repertory seasons, and ticket refunds. These have been seemingly mortal wounds. Thespians and audiences worldwide simply froze in dismay.

International theatre companies tried to feed their starving 2020 audiences by releasing their fabulous filmed archives of splendid productions. These provided a welcome fix of great theatre with opportunities to see international shows one never would have been able to see; wonderful plays and musicals, many of them superbly filmed, intense and intimate to watch. Most offered these viewings for free. Some asked for donations to keep theatre companies extant in the pandemic. Some went for ticket prices. The issue of support for theatre companies has been as critical as it has been delicate. Those which asked for donations have been easiest to support.

Then, Zoom Theatre turned up from England with the absolute essence of western theatre, Shakespeare.  On Zoom. And, with actors from all over the world, each in their living rooms, studies, or even kitchens, they played Macbeth, expertly and well-rehearsed, in a moveable feast of separate windows. They worked the technology very nicely. They found ways in which to make it seem as if they could share or proffer a prop from window to window.

An American company, The Public, which produced What Do We Need to Talk About,  was swift to adopt this new genre, if one may call it that, and it was first to make reference to The Decameron within its lock-downed online storytelling. Written by Richard Nelson as part of an ongoing project of minimalist plays, What Do We Need to Talk About  depicts the Apple family in the US,  separated by self-isolation but gathering, by default, on Zoom. There, in their separate Zoom windows, they catch up and argue, as siblings do, and tell each other stories to fill the air time. It is a splendid work and worth watching.

Cancelled is somewhere between theatre, film and reality TV. Quick-thinking Australian filmmaker Luke Eve applied for funding with the idea of filming the lockdown predicament he was facing with his fiancée, the actress Maria Albiñana, and his mum, Karen Eve.  That funding enabled a ten-episode series recorded entirely on iPhones in isolation to be sent in email packages to composers, a colourist, and an editor to be groomed up into quite a slick production. Luke’s mother had arrived in Spain to stay with the bride and groom in their Valencia apartment when they realised that the imminent wedding had to be cancelled. Mum could not return to Australia under newly-imposed Covid travel restrictions and none of them could go outside. Thus, trapped together in the apartment with not only the wedding cancelled but their careers as well, Luke and Maria scripted the experience and the three of them performed it. It is the only verite lockdown production of which one has heard. It is a very touching and sometimes funny work, quite raw in its honesty.  The hapless mum, Karen from Perth, rises quietly amid the domestic tensions and, in some ways, becomes cult star of the show.

Meanwhile, back on the ground in Adelaide, South Australia, with live theatre indefinitely out of action, State Theatre and ActNow brainstormed to brilliance the Decameron 2.0 production.

And so it comes to pass that we may claim to have led the word in new, original Covid online theatre.

Not only but also, in its ambitious scale, in this time of covhideous arts darkness, with the support of the State Government of SA’s Covid-19 Grants Support program, it has employed actors, playwrights, directors, camera people, and design creatives on a grand scale.

Some are just emerging onto the arts scene and some are well established. All, most particularly the producers, ActNow, and State Theatre, have had to work with an extremely swift turn-around to get ten, fresh, original pieces up each week. Very many of them are really strong little works.

The pieces are brief monologues which, of course, are the absolute test of an actor as well as of a writer. Alone, performing in camera close-up, is profoundly demanding for an actor.  But here they have directors to add nuance and support the interpretation of the pieces. Some of the writers perform their own pieces.  Each week has a theme and the writers find ways, often quite laterally, to embody the themes: “Those who come to know themselves”; “Those who play tricks”; “Those who seek justice”; “Those who find love”. These subjects have been realised as domestic violence, love and loss, First-Nations issues, childhood dilemmas, and even political parody. A 15+ age category has been recommended for audiences.

We of the Decameron 2.0 audience quickly became addicts, hanging out for the next instalment.

It never disappointed. It has just grown better and better.

And, one may dare to predict that it is has a future.

Decameron 2.0 might have been evolved from the Covid lockdown of 2020 because people could not go to the theatre, but one can envisage it staged as a Festival event, perhaps as a theatre epic.

What is certain is that it is a highly significant achievement and an absolute credit to the two artistic directors, Mitchell Butel and Edwin Kemp Atrill, with Yasmin Gurreeboo, Anthony Nicola and Alexis West and the wealth of skilled souls they have rounded up. To name just a few, there are writers such as Alex Vickery-Howe, Ben Brooker, Manal Younos, Emily Steel, Sally Hardy, Jamie Hornsby, and Kyron Weetra. The actors include Trevor Jamieson, Chrissy Page, Martha Lott, Rory Walker, Rebecca Mayo, Kate Cheel, Jacqy Phillips, Matt Crook, Ezra Juanta, Miranda Daughtry, Carmel Johnson, Caroline Mignone, Elaine Crombie, and Anna Steen. There have been notable contributions from many directors and a seasoned technical team for lighting, cameras, sets, and co-ordination.

It is impossible to name everyone but the credits are there on the website.

The performed pieces thereafter pop up beautifully on YouTube.

The series is available for free online and it is rapturously highly recommended.

It is as historic as it is engrossing. Out of the 2020 negative, it soars as a shining positive and a superb achievement of which South Australia may glow with pride.

What do we need to talk about - on Zoom https://publictheater.org/news-items/buckets/conversations/what-do-we-need-to-talk-about/