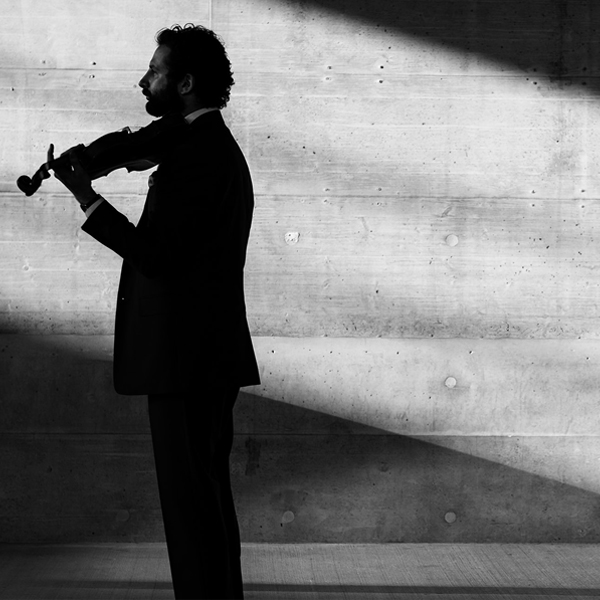 Ilya Gringolts is an electrifying violinist. Of course his technique is superlative – like many other top shelf violinists – as is the care with which he prepares his instrument (string selection and the like), but all this is eclipsed by his breath-taking artistry and profound musicianship; all this with no histrionics when he is in full flight. The lyrical sound that he produces has the stuff of Apollo breathed into it, and must surely be the envy of mere mortal musicians.

From all accounts Niccolò Paganini presented a striking figure in performance and he delighted in composing masterpieces for the violin that were often considered unplayable. Be that true or not, Gringolts gives every appearance that Paganini’s Violin Concerto No 1 presents no such challenges as he cuts through its intricacies with ruthless adeptness. However, his performance isn’t merely a dazzling technical display: he plays as if he is channelling Paganini himself and treats the concerto as if it were his own personal plaything. In Gringolts’ hands, the absurdly difficult double stopping looks trivial. Bernard Rofe’s arrangement of the concerto for string orchestra seems heavy and ‘thick’ at first, with an over emphasis on the violas and cellos. It really needs the woodwinds, but Gringolts soon makes one forget that. The near capacity audience can not contain their excitement and wait until the end of the concerto to show their appreciation. Instead the audience erupts into spontaneous applause at the end of the first movement. Dressed in black trousers and a loose smock shirt, Gringolts is a lather of perspiration when it is over, necessitating a change of clothes during the interval. But astonishingly he has the energy to play an encore before doing so.

The Paganini is the main event of the evening, but it does not entirely overshadow CPE Bach’s Sinfonia in C, Wq 182/3, Vivaldi’s Concerto for Violin and Two Cellos in C, RV 561, and Bartók’s ever popular Divertimento.

The Australian Chamber Orchestra (ACO) ,with Gringolts also in the role of director, give an adequate reading of the Bach – no surprises there – and a spirited performance of the Vivaldi, in which the dialogue between Gringolts (as primo violin) and the two celli is beautifully controlled and a delight to watch as well as to hear. The ACO perform the outer movements of the Bartók with great panache, excellent dynamics, crisp articulation, and passion.

This concert is an eye opener, and the audience leave thrilled but also satisfied.