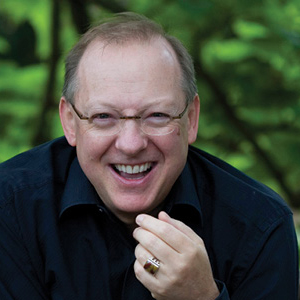 Beethoven is arguably the best known and most loved composer of them all.  His music has made an impression on us all, and even those who would who would rather clean the Christmas Pageant chalk off King William Street with their tongues than go to an orchestral concert know some of Beethoven’s music. I remember my first introduction to his music when as a lad I was totally struck by Schroeder in a Charlie Brown Xmas TV Special sitting at his baby grand piano playing the opening bars to the Moonlight Sonata.  I remember my first Ninth Symphony and my first Fifth.  I remember Clemens Leske and Beryl Kimber in an Elder Hall lunch-time during university days introducing me to the excitement and exquisite boldness of the Kreutzer Sonata, and if I thought about it I’m sure I could recall other exquisite memories of Beethoven moments from the recesses of my mind.

So to Beethoven Festival 1, one of the key events in the festival that the ASO has ever so carefully and thoughtfully curated.

Conductor Nicholas McGegan took the Symphony No.1 at a comfortable, no-surprises, traditional pace, and the phrasing and articulation of the orchestra was first rate. Beethoven broke many of the established classical rules in this composition, and McGegan was able to remind us of this with his no-fuss approach to dynamics and thoughtful tempi.

Natsuko Yoshimoto again demonstrated that she is a world-class violinist and her heartfelt performance of the Romance No. 1 for Violin and Orchestra was sublimely melancholy. McGegan ceded much control to Yoshimoto and she repaid his trust in spades.

Quite probably the audience was mostly looking forward to Stephen Hough performing the mighty Piano Concerto No. 5 “The Emperor”.  I was!  Hough is an imposing looking musician.  He is tall and slender, and has a tight steely gaze.  He is exciting to watch – there are dramatic moments as he attacks the keyboard, almost with Lisztian arrogance, and as he earnestly looks around at members of the orchestra as if to say that he is with them and we’re all in this together.  The adagio movement was played with serene simplicity and Hough extracted crystal-clear bell-like tones from the upper register of the Steinway that gave an uncommon lightness to the performance.  His rubato and attack in the extended cadenza almost drew the audience to their feet before McGegan had a chance to extract the final crashing chord from the piano and orchestra.

The appreciation of the audience was thunderous, and Hough, McGegan and the members of the ASO looked mighty pleased with themselves, as they should.

Beethoven Festival 2 is next week, when we will be treated to Leonore No.2 (not No. 3 dammit!), the first piano concerto performed by the great Robert Levin, and the pure explosion of exuberance and joy that is the Eighth symphony.  Bring it on!