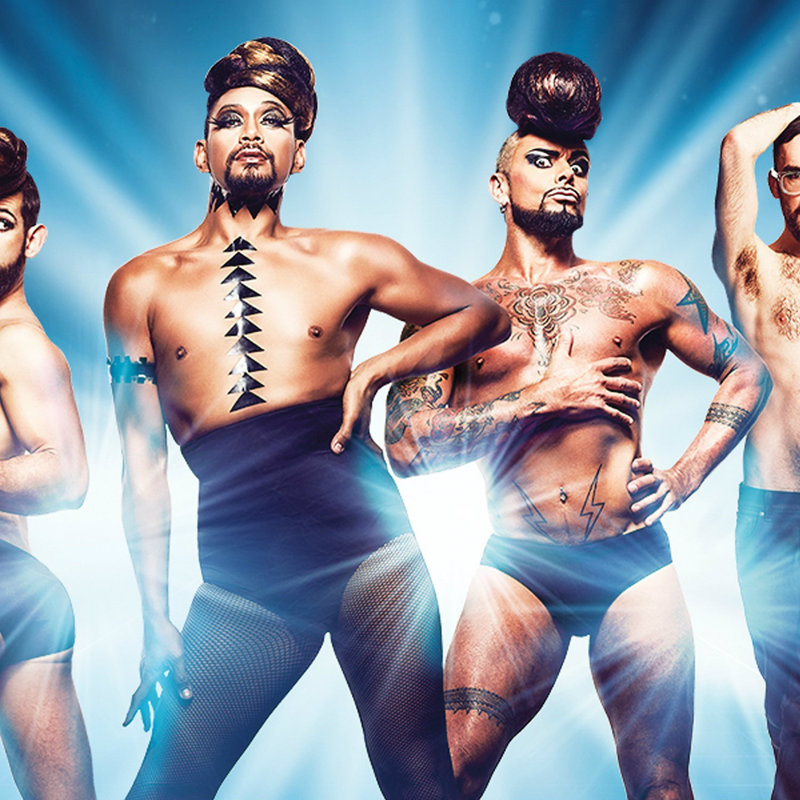 Briefs is a scantily clad all-male high-testosterone gender-bending burlesque and circus act. After the drag queen MC welcomes the large crowd with risqué and bawdy humour that whips the crowd into a laughing and wolf whistling frenzy, it’s full-throttle sexy entertainment for the next hour.

Each member of the Briefs team has his own speciality: aerial work (in a cage no less); juggling; magic and chemistry (with spectacular chemical eruptions happening all around); high energy and high quality exacting dance; and of course strip tease that really teases. Throughout the boys are showing as much of their toned and buff bodies as they can without the show being re-classified as X rated.

There is a loose narrative that sort of binds the show together, and it is about acceptance of diversity and not unnecessarily intruding on someone else’s life. There is a veiled reference to Trump’s “draining the swamp” catch-cry and an all-out attack on the political class that is letting society down all around the world.

The set – and in particular the way it is lit – is highly technical and implemented with precision and style. The production elements are well and truly a cut above your average Fringe show. Much thought has gone into the design and execution, and it pays off in buckets! Costuming is lavish, but in the back of everyone’s minds is, ‘when is it going to come off?’

The MC is the lynch pin in the production but his patter is a tad laboured at the start (opening night jitters?) and is unnecessarily repeated at the end.

Briefs is in-your-face adult entertainment and it has one on the edge of their seat with a smile on their face the whole time. Recommended.

Where: Bonython Hall at RCC Fringe