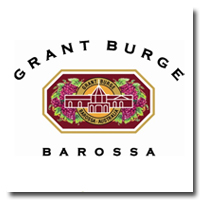 The Burge family can be traced back 5 generations to John Burge and his wife Eliza who arrived in Australia after making the trip from England in 1855. Today, after following in the footsteps of his forefathers, Grant Burge continues the winemaking traditions of his family.

The Grant Burge label was not actually founded until 1988 despite its long heritage. Today, Burge grows his grapes at several locations in both the Eden and Barossa Valleys. Some of his vines are almost 100 years old, such as the plantings at the Filsell Vineyard, which were set in the 1920s. Grant Burge now has no less than 18 locations where they grow their grapes, stretching from Tanunda to Williamstown, the concentration of which is in the vicinity of Lyndoch.

Grant Burge now canvasses two cellar doors, both local to the township of Tanunda. The first is Illapara right in the township, and the second, Krondorf, sits about 2 kilometres out of town at the top of Krondorf road.

Grant’s philosophy for wine making is all about matching the right varietals with the right soils and locations, then managing the crops to achieve low to moderate yields of fruit that are a premium quality; the foundation for “exceptional wines”.

The following bottle reviews have been conducted by Tony Keys.

Already showing great promise, there are classic, light, kerosene characters on the nose with lots of floral and lime flavours unfurling as the wine travels across the palate. The acid is long limbed and still slightly unbalanced but it will settle. 92 points now with more to come as it ages, an OK price at $24.

There’s not a lot on nose or palate but there are certainly hints of good wine waiting to emerge. At this stage it’s a reasonable glass of wine. 89 points, but the $24 price tag is high. I do believe that will change by the end of 2013 as the parts come together; a wine for Christmas so keep it in mind.

The fruit is from the Adelaide Hills and Eden Valley so all cool climate. A defined Chardonnay nose puts the taster on the right track straight away. There is slight disappointment as oak kicks in on the palate but that will merge with acid and fruit and this will turn into a very smart wine. 92 now, more to come. The $27 price is high for the current drinking but it will become more aligned as the wine develops.

This wine is all it should be – clean, slight herbaceous flavour that says it’s Sauvignon Blanc. It has good length and a fine finish. I have to give it 93, but also point out there is a lot of Sauvignon Blanc out there at $24 and below.

One cannot but be overpowered with the intensity of this wine. Recalling previous vintages I often commented on the oak. Not this wine, it’s doing what it should, sitting in the background and supporting. I’m lost for words because I don’t want to go into overdrive, I haven’t tasted the 2008 Penfolds Grange but I should think this would give it a challenge. $180 is a lot of money but this has a very long life ahead and it’s a wine all Australia can be proud of. 98 points.

Here’s an oxymoron, a ‘pleasantly stinky’ nose. It’s quite tight in the mouth and needs more time but still passable drinking. At the moment, 91 points. I think it expensive at $50.

For me this is chocolate all the way, rich and dark with a hint of truffle. I know, that’s nonsense wine speak, but try this very tasty gear. 94 points and worth its $50.

Balthazar, one of the three wise men who followed the star, bearing gifts to the infant Jesus and also gave his name to a 16 bottle size of Champagne. Quite a pedigree, although any short research will find Balthazar’s origins are not that defined. As indeed is this wine. Yes it is Shiraz and yes it has Barossa character, but that is just on the surface. Underneath there is a world of mystery that is awaiting the taster’s exploration. Go to it as it’s worth the journey and worth the $50 asked. 95 points.