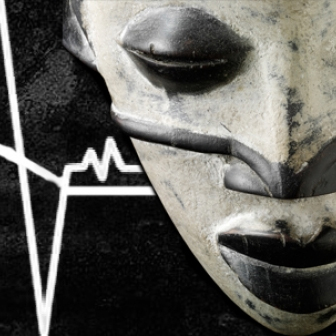 If you grew up watching many of the binary-ridden films and popular theatre shows released over the past decades that essentially moralised by pitting “goodies” against “baddies”, you’d be forgiven for struggling with post-modern productions that refrain from telling you what to think.

While I expected that there would be an in-depth exploration of the subject of overseas aid throughout The Faithful Servant, my habituated brain was somewhat in deep-freeze, anticipating the delivery of a self-righteous message about the NGO industry that would wrap the show up into a nice, tidy package.

However, far from being about placating minds on ice, The Faithful Servant seeks to provide people with an intellectual workout - emphasising the shades of grey while choosing to make what is a highly political topic very personal, and also relatable to a local audience.

Dr Raymond Gerrard (Peter Williams) is a young Australian surgeon/zealous Christian who goes on a mission in the 60s to serve the poor in rural Mozambique. He goes on to establish the NGO ‘Australians for Hope’, as well as a local hospital and eventually a life in the troubled African nation for the next 50 years.

As reality sinks in, Dr Gerrard becomes less the idealist and more the pragmatist as the relentless conflict and poverty in Mozambique wear him down. As the play jumps between decades, we discover the extreme complexity that he

, his trusted assistant Coetano (Dorian Nkono) and his adopted daughter Caroline (Tariro Mavondo), must navigate in order to serve in this precarious environment.

Pretty much every element of The Faithful Servant is inescapably confronting: the set (by Imogen Keen) is designed in a catwalk fashion with the audience facing each other as well as the intense highs and lows on stage, while the deafening sounds of chaos and violence intermittently pierce the atmosphere.

While there is often a lot going on at one time there is a choice in regards to where one places their attention; common everyday in reality, but quite a novelty for theatre where the audience usually have no choice but to literally absorb whatever is put in front of them.

Like playwright Tom Davis’s last ambitious production with director Caroline Stacey, The Chain Bridge, The Faithful Servant is infused with the guidance of cultural advisors, allowing the play to avoid offensive stereotypes or inaccuracies and giving it a real sense of depth and authenticity.

The way the stories of the characters combine is also fascinating, enabled by the committed and impeccably focused performances of Williams, Nkono and Mavondo. They are all superbly accomplished actors in their own right who hav

e nailed the lofty challenges set to them in this production, and each keep raising the bar in terms of their range right through to the final scene.

Like most contemporary plays nowadays, The Faithful Servant also utilises multimedia platforms in creative and innovative ways that contribute a great deal to the storytelling and overall ambience of the show. The packages are cleverly crafted and seamlessly integrated – adding important developments into the story.

The Faithful Servant is a frank and fascinating behind the scenes glimpse into the complicated microcosm of overseas aid NGOs, and the intersection of lives when worlds collide through this work. Don’t forget to bring your thinking cap!