The World is Looking for You 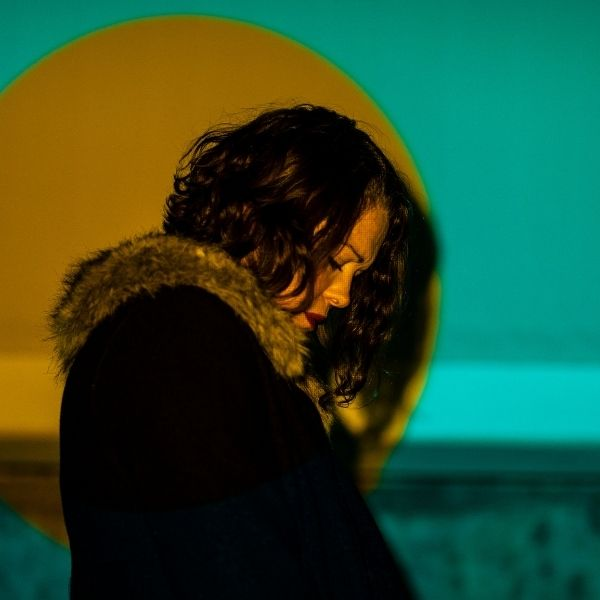 When art and theatre collide.

Its title and promotional precis would suggest that this work is of a linear nature. What unfolds, however, is a voyage into existentialism amidst a wonderland of hypnotically beautiful music and eloquent production values.

While it springboards from the story of a traveller lost in Finland who joined a search party looking for herself, in reality it explores the nature of the lost soul and of the struggle of the human heart to survive the inescapable otherworld of grief.

It is certainly not a light night’s entertainment. Nor is it perfect. Yet, it is a work of art.

In truth, it devolves around the life of Mount Gambier actress, Sarah Brokensha, a farm girl whose spirit was almost lost at sea with the death of her father. This is symbolised early in the production by a tiny white sailboat moving across a dark expanse of the stage which strangely shimmers under a layer of clear plastic. It is also represented by a sparkling snow-cone cupped in the hand of the actress and, as the white ruched curtain drops, is placed on top of an old farmhouse refrigerator which symbolises home and safety and icy numbness. Just in case its significance is missed the fridge bears the magnetic letters GRIEF.

Above the raised dais at the back of the stage is an exquisite floor-to-ceiling painting of Finnish forest while upon and around the dais are piles of folded blankets, symbols of home, warmth and comfort. It is Wendy Todd’s design, and it is a layered profundity of metaphors. She has yet more to offer in her lighting plot. She doesn’t miss a trick. It is a lighting tour de force.

Meanwhile, Brokensha takes the audience through a torrent of words on what might have been a too-gruelling emotional journey were it not for the music of Mario Späte. Composer Späte performs on stage, softy illuminated beside vocalist and musician Paige Court. At first, the soundscape makes one think of Bjork but then it evolves and rolls, pulses, speaks, hums, and wanders into angelic realms. It is its own lovely poetry and one finds oneself lost in it - or maybe finding oneself. Just as with the play. For, with the ever-lyrical lines of playwright Fin Kruckemeyer, the script powers, occasionally too heavily, through a gamut of often desperate emotions as Brokensha struggles against the icy demons of loss of loved one, loss of place and loss of identity. One blesses Späte for giving relief to all this self-exploratory anguish.

However, all is not darkness.  Brokensha breaks the trials of her female experiences into separate versions of self to offer, perchance, optional resolutions. She changes persona by putting her hair up and down. She breaks the fourth wall and plays with the audience to raise a smile. And, bless them all, she brings her character through the ordeals of darkness and into the present where love is not made of suffering alone.

Director Daisy Brown evokes a passionate performance from Brokensha. The quest for self is one of life’s great challenges and, indeed abstractions. Hence, The World is Looking For You is a very ambitious and exhausting work - but perchance the impression it makes may be indelible.