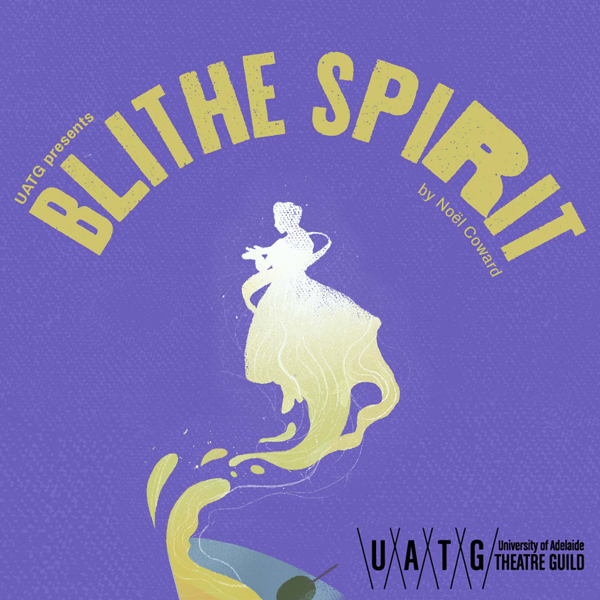 It’s always time for a little cup of Coward, just to remind one that once there was polite society in which nice households had servants and everyone liked a drop of sweet sherry.

Blithe Spirit offers all that nostalgia and then some, as it throws in the pre-TV-days idea of having the local clairvoyant in to entertain with a séance.

Oddly, the Guild has chosen to frock this period piece in quasi 50s costumes and to allow the clumsy maid to look a bit scruffy. Of course, hers is a clownish role, well delivered by Ashlee Scott, and the play is a classic comedy which has been in production on stage and screen since 1941.

It depicts a writer Charles Condomine seeking background from the spirit world for his next book. To the annoyance of his second wife, Ruth, mystic Madam Arcati conjures up the ghost of his first wife, Elvira. Folly and cross-purposes ensue.

While The Little Theatre proves extremely comfortable for covid conditions, it is a bit incongruous for such a trad play. Director Megan Dansie, however, makes the best of the quaint little round space, especially in enabling the grey figure of Elvira to literally breeze through the audience.

Dansie's strength in this production is in her casting. The play is extremely ably performed. The accents and enunciations are right on the ball, if one forgives a “mischeevious” or two. Newly discovered young Emily Currie is positively breathtaking as Elvira. She is exquisitely counterpointed by seasoned hand, Jean Walker, whose Madam Arcati is spry, devious, and funny. Miriam Keane is word-perfect as the hapless second wife Ruth and Brad Martin embodies the suave central figure of Charles Condomine with panache, timing, and clarity of articulation reminiscent of the young Russell Starke. Esther Michelsen and Steve Marvanek complete the cast with adept characterisations.

This Noel Coward old-school comedy of manners is now a fairly fragile period piece. Millennial audience members may well wonder why the women are sitting around in the living room waiting for the men after dinner. While Dansie has handled the play with care in a tricky performance space, one cannot help but wish it had been possible to tighten it up with a blue pencil.

Nonetheless, the scenes of ghostly mixed messages raise the same wholesome laughs as ever they did.

Where: The Little Theatre, University of Adelaide