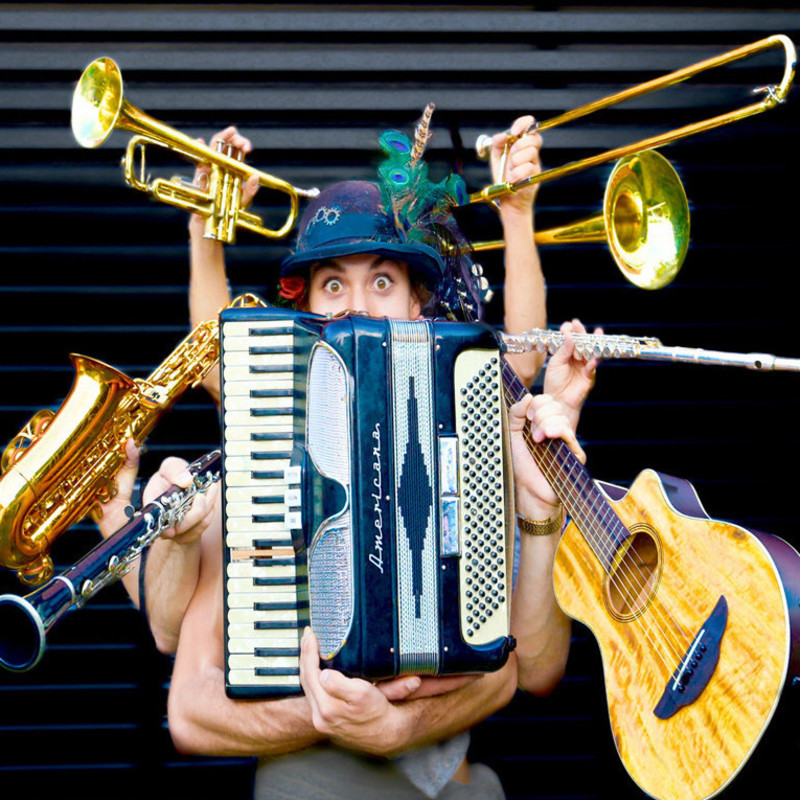 By now you should know that the events of the Adelaide Fringe are not curated. The Fringe originated from the exclusiveness of the Adelaide Festival, and the Fringe founders – a bunch of equal opportunists - decided that all and any comers should be able to register a show. Consequently, there is a broad range of quality on offer, from well-rehearsed touring and local professional shows to stuff cobbled together by a few like-minded brave souls hoping to conjure up that theatre magic.

Musical Improv – The Immature Amateurs, as the title implies, is one of the latter, and unlike some Fringe shows, they can’t be nailed for misleading the public. Improvisation is making it up on the spot, so A+ for temerity. Musical improv is an improved version, and in this incarnation of the format, the talented Jai Lee provides musical background or saving riffs and intro bars for the performers by playing a panoply of instruments, sometimes simultaneously. When things aren’t going so well, Jai Lee bridges until the momentum returns, but more often, with the actors, turns cobbled-together narrative and nonsense into a makeshift musical.

Troupe leader Matt “Banana Man” Eberhart brought together Rich Jay, Rob Butvila, Eric Tinker and Barbarella Accordato, most of whom are appearing in other Fringe shows. They seek suggestions and themes from the audience and after a brief huddle, voila! The action begins, eg. Shrek meets The Predator. This they do three times in a show – an entirely different show every night. And it’s wonderful to spot the telepathic etiquette of improv co-operation.

If I were keeping score, I would say more misses than hits. Eberhart and Tinker were especially adept at getting a song going and rhyming couplets on-the-spot, but Accordato was saving herself for something else. Watching improv is a bit like staying up for a meteor shower - could be great. But what will happen for sure every night is you get to watch performance under pressure and no doubt, that pressure turns carbon into diamonds. How many diamonds…? More diamonds, please!

Where: The Griffins – The Sky Room